Corner sofa with tiles by Guillerme and Chambron FO-2529 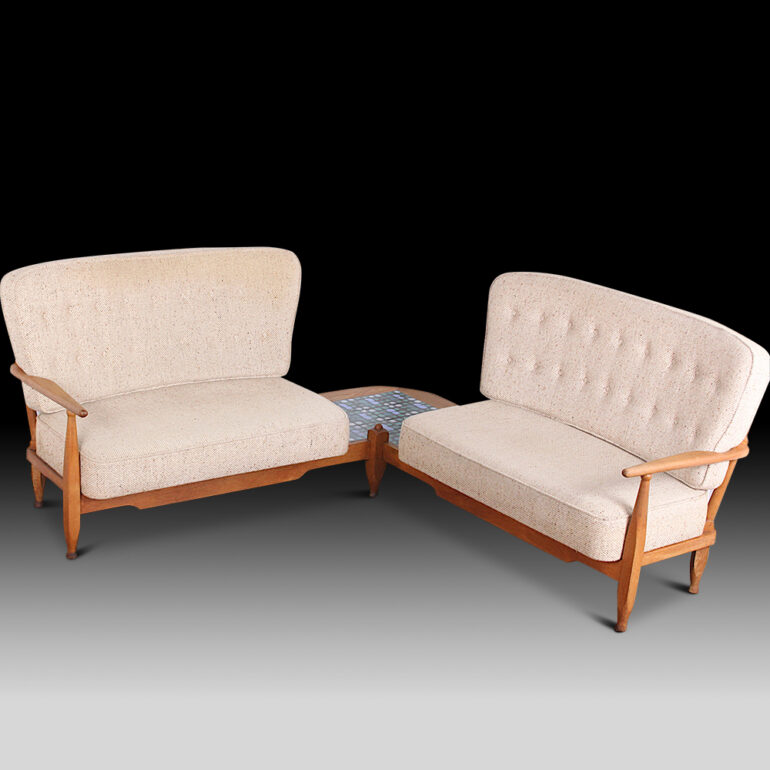 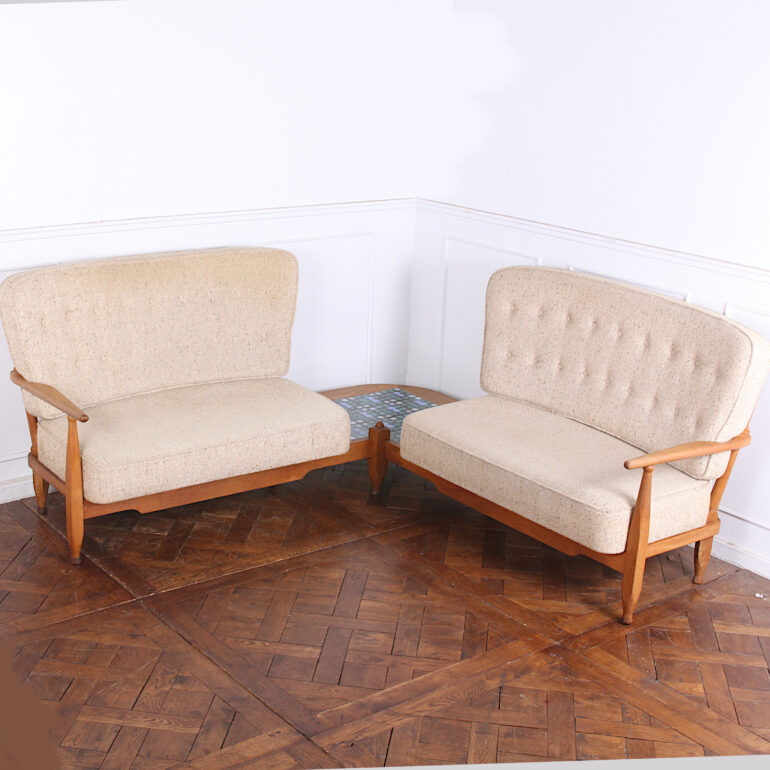 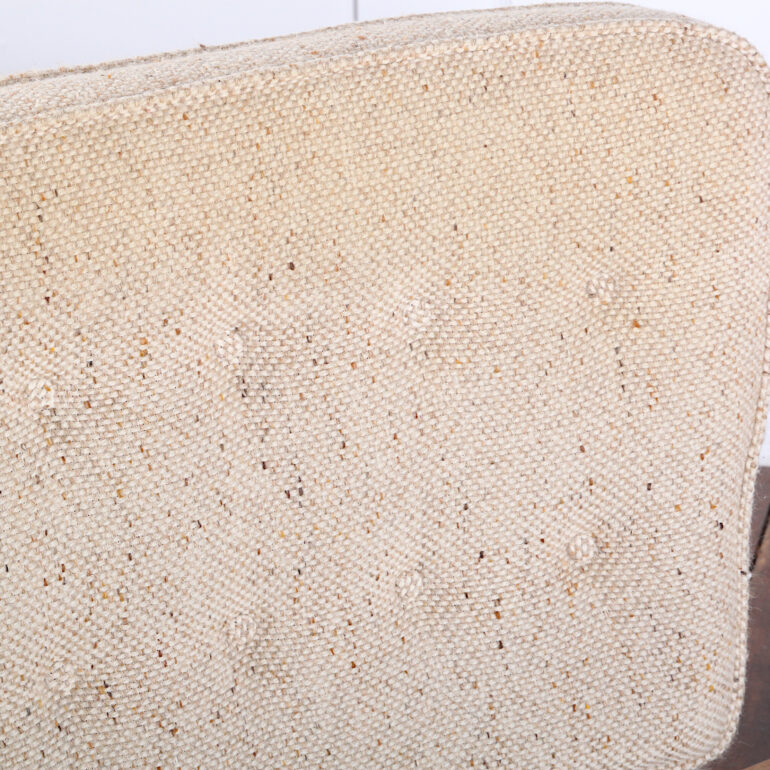 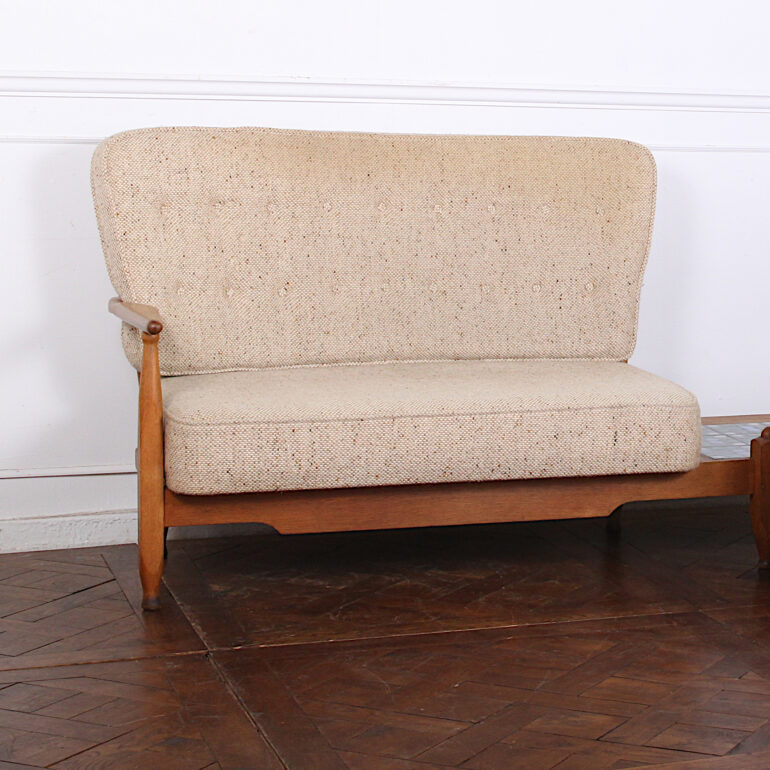 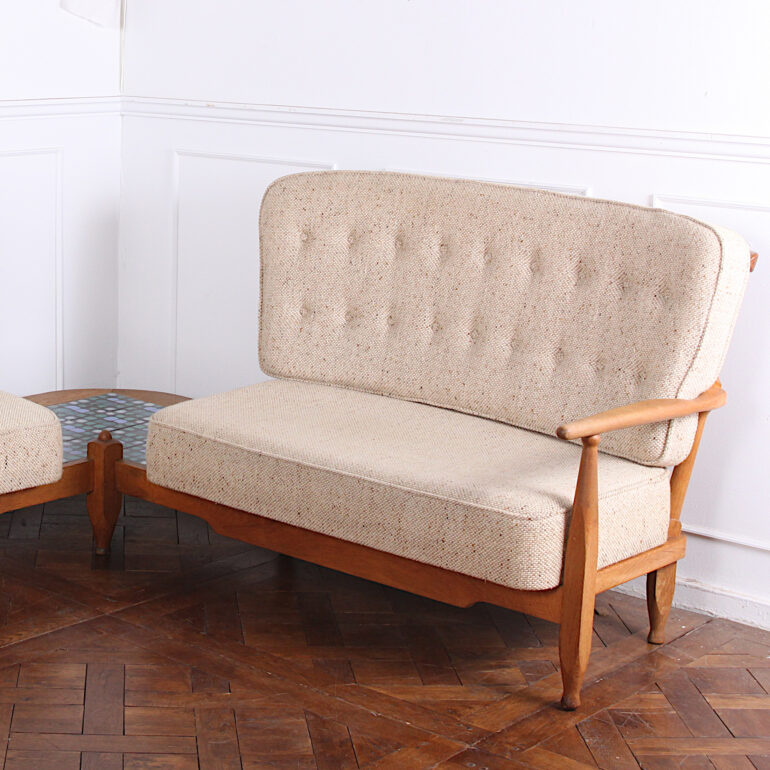 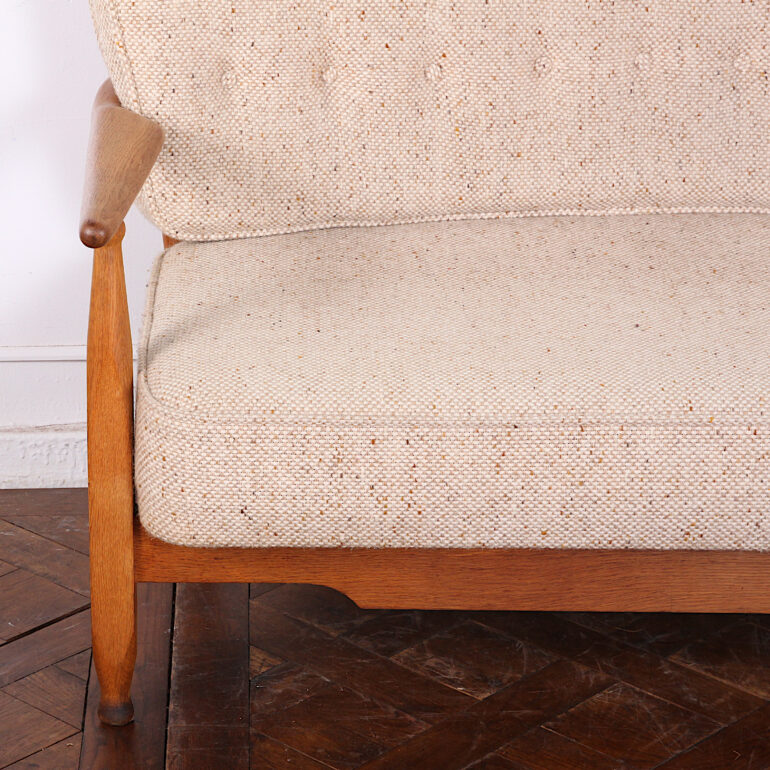 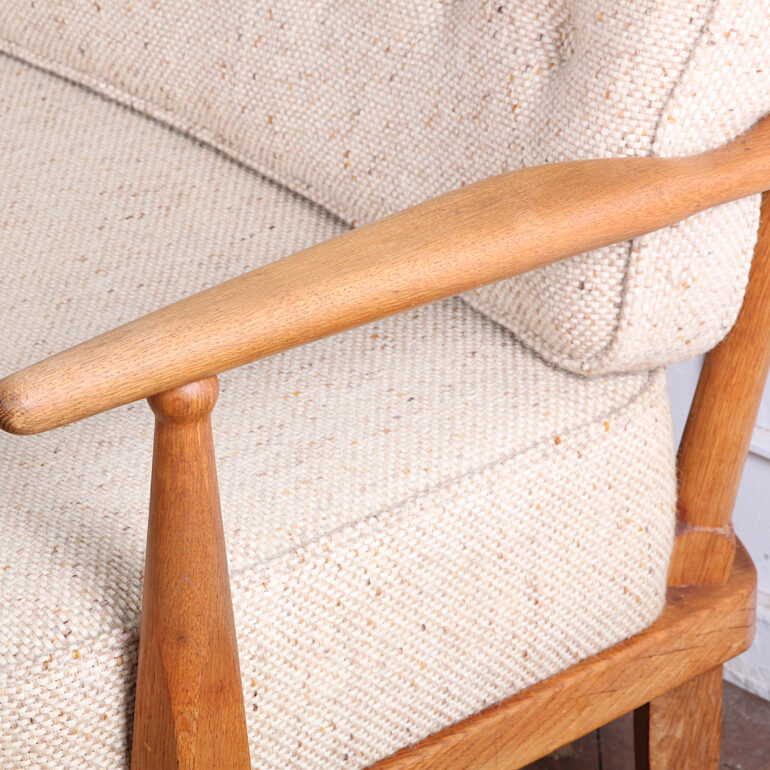 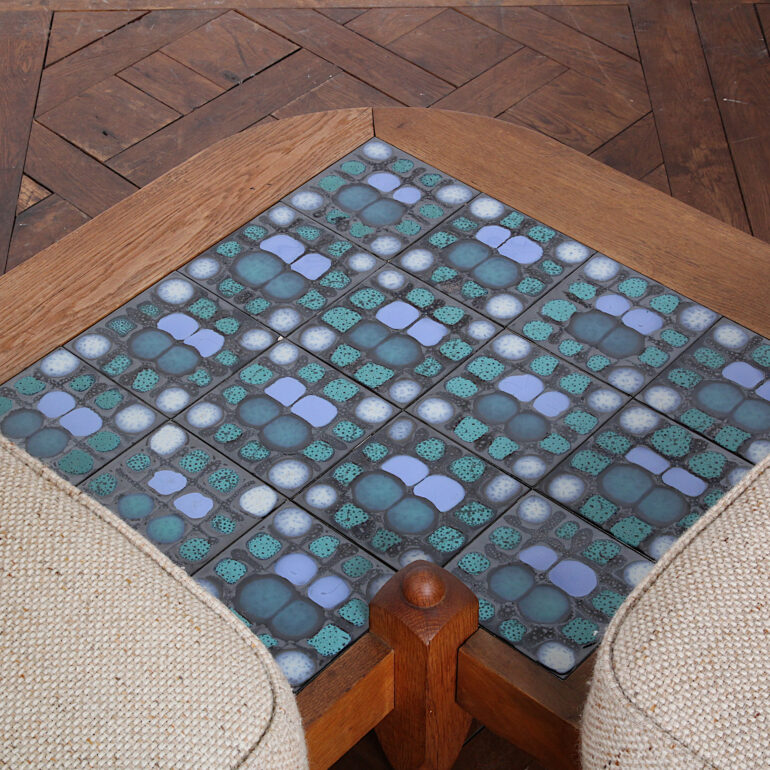 French Designer corner settee with tiled table-top by the 1960’s team of Guillerme and Chambron.

Robert Guillerme studied design and architecture at the École Boule, graduating in 1934. After the Second World War he moved to Lille, in the north of France, where he decorated homes and designed furniture for the well regarded Rogier workshops.

In 1948 Jacques Chambron left his work as a painter and decorator on the Rue Nollet in Paris, and relocated his family to join Guillerme. The two had met in 1940 while imprisoned by the Germans in East Prussia and bonded over, among other more obvious things, their shared passion for design. In 1949 the pair discovered Émile Dariosecq, a master cabinet maker who had a shop in the city, and who was willing to produce their designs. The three started Votre Maison.

The association was destined to be as influential as prolific. Not only did Votre Maison produce over two thousand models during the later half of the twentieth century, it also left an indelible stamp on design of the 50s, 60s and 70s. The company’s output served as a model for a vast field of livable contemporaneous design.

The soul of Guillerme et Chambron’s work was in the company’s name (“Your House”). Their focus was as keenly attuned to functionality—furniture’s use in daily life—as to the creation of innovative design. For the pair of designers the home was envisioned as a place where the family could live both comfortably and in aesthetic harmony.

Robert Guillerme, who designed most of the work, possessed a limitless creative ambition, producing designs for everything from grand dressers and sideboards to the smallest elements of a space, such as pedestals, shelving, benches, and lighting.

This steady output of beautiful furniture bucked convention not merely in the equal emphasis Guillerme placed on function and aesthetics, but in the almost paradoxical creation of a consistent style that was as staid as it was arresting. While his work was in many ways distinctively conservative and recognizable from project to project, both in form as well as in medium—his wood of choice, waxed oak, was often either lightened or darkened to the same few tones—Guillerme’s pieces also possessed an unusual flare. He incorporated elaborately detailed tiles and unusually bright fabrics, both of which could be used interchangeably in a variety of pieces.

While Guillerme designed the pieces, Jacques Chambron focused on décor and client relationships. Working with stores and individuals alike, the decorator filled homes throughout Europe with small and intimate lines of furniture created to address each room’s particular and varied needs. He had attended the School of Applied Arts in Reims, but he was a remarkably charismatic man, unusually befitted to the work, and amply capable of evangelizing Votre Maison’s unique and groundbreaking conception of décor.

Votre Maison continued to produce furniture right into the Twentieth Century, Jacques’ son Hervé Chambron, a designer and graduate of the Ecole Boulle, having taken the reins in 1983.

Their work can be found on high end design websites and exclusive retail stores in major cities like New York, Paris and London.