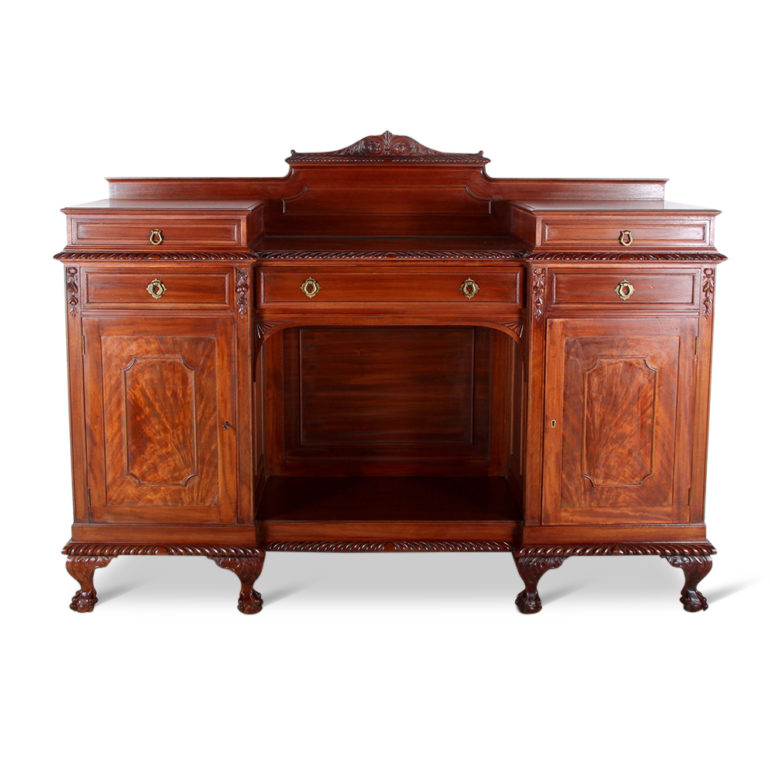 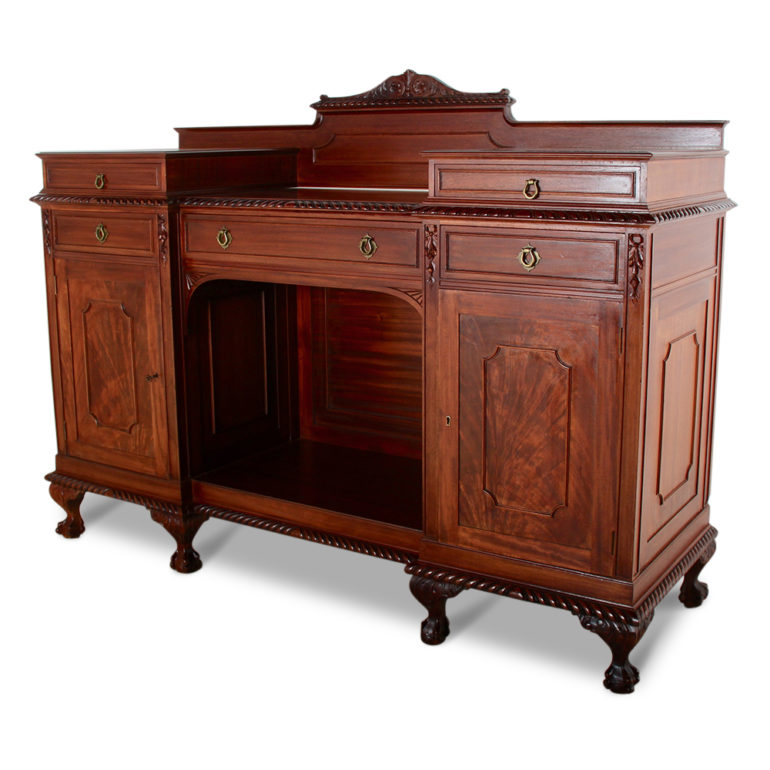 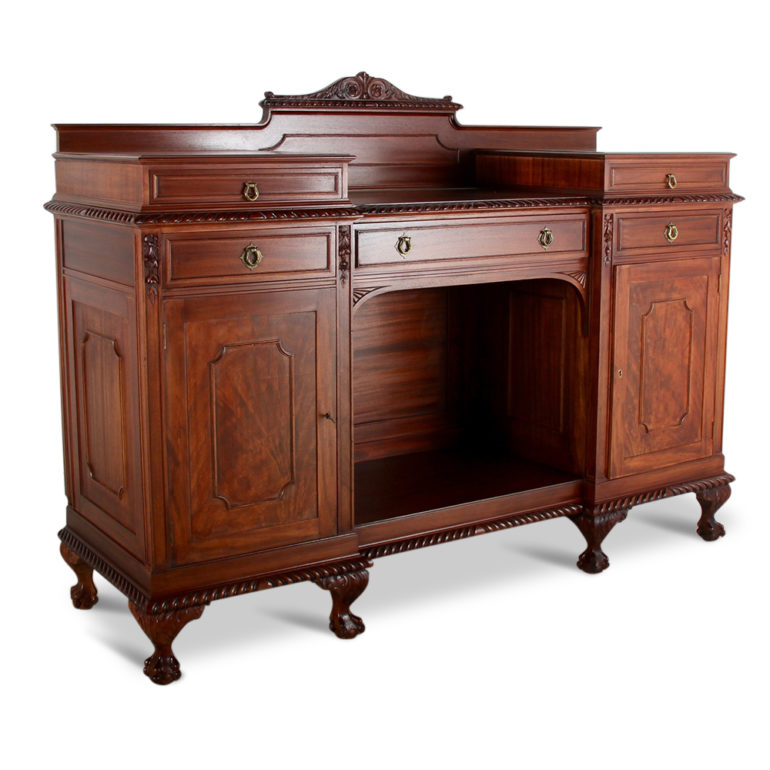 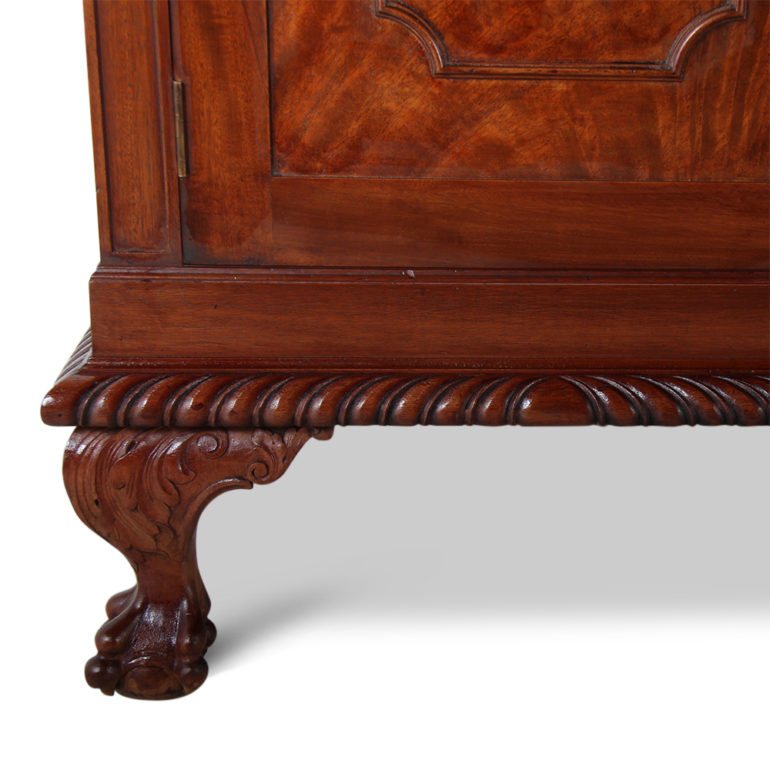 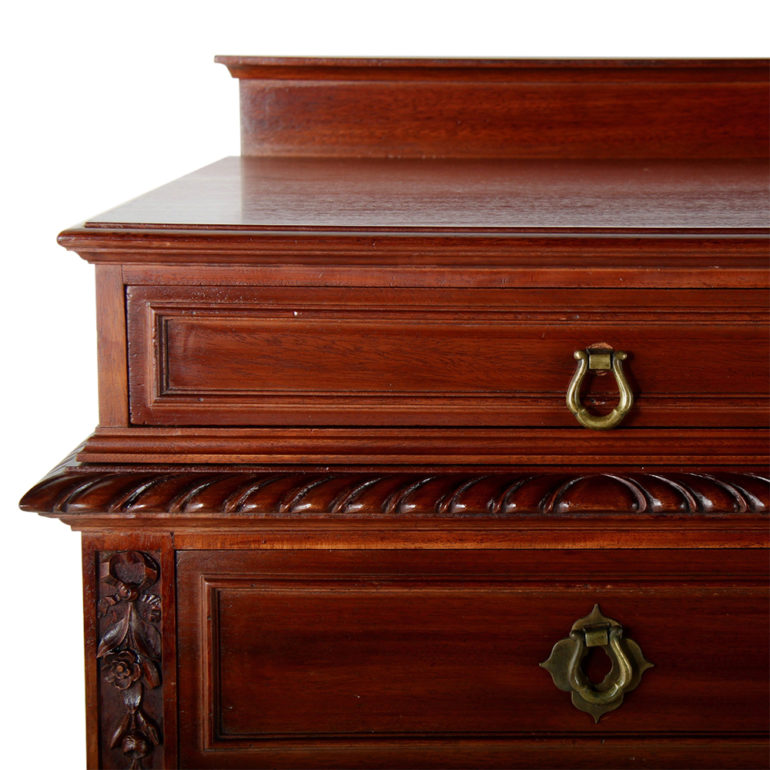 This sideboard is part of an impressive full dining suite with an interesting and unique Canadian pedigree having been purchased new in Montreal by  prominent Canadian businessman Thomas Arnold. Born in Dundee, Scotland, Thomas Arnold became a partner in the Montreal steel parts firm Taylor and Arnold. He was a keen sportsman and an early member of the Royal Montreal Golf Club, North America’s first golf club. In addition, he was one of three main investors in the Montreal Maroons hockey club, winner of two Stanley Cups. During the Depression Arnold became manager of the Montreal Forum. In the Second World War he was one of the so-called ‘dollar- a- year men’, recruited by the reddoubtable Clarence Decatur Howe, Canada’s ‘Minister of Everything’, to assist in the production of war materials for the allies overseas. Thomas Arnold moved to Selkirk, Manitoba as a part of this effort, developing the Manitoba Steel Factory in support of the railway industry, so vital in moving materials and products across the continent to the coasts for shipment overseas.  The dining suite has come to the store recently through local members of the Arnold family.