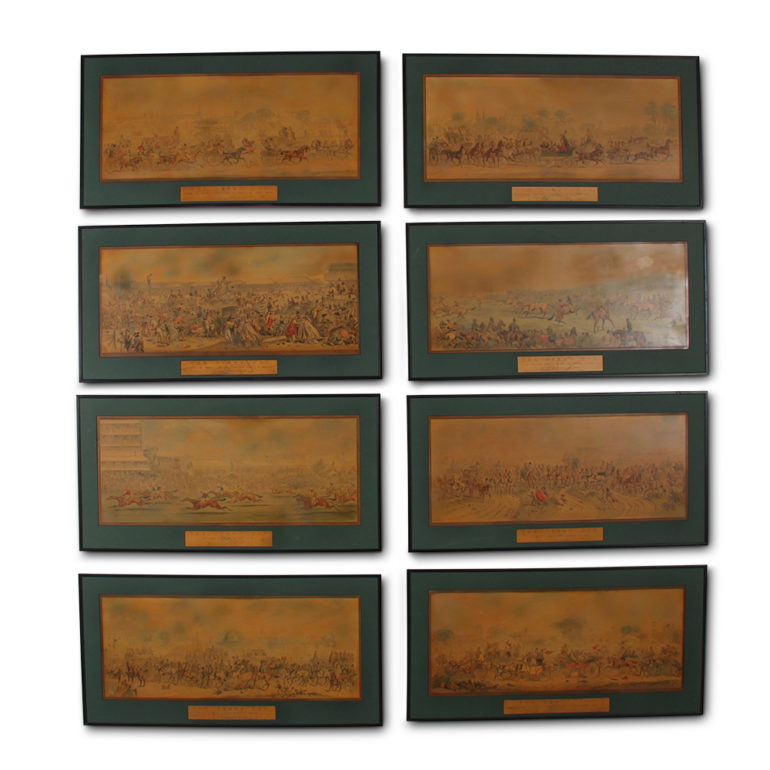 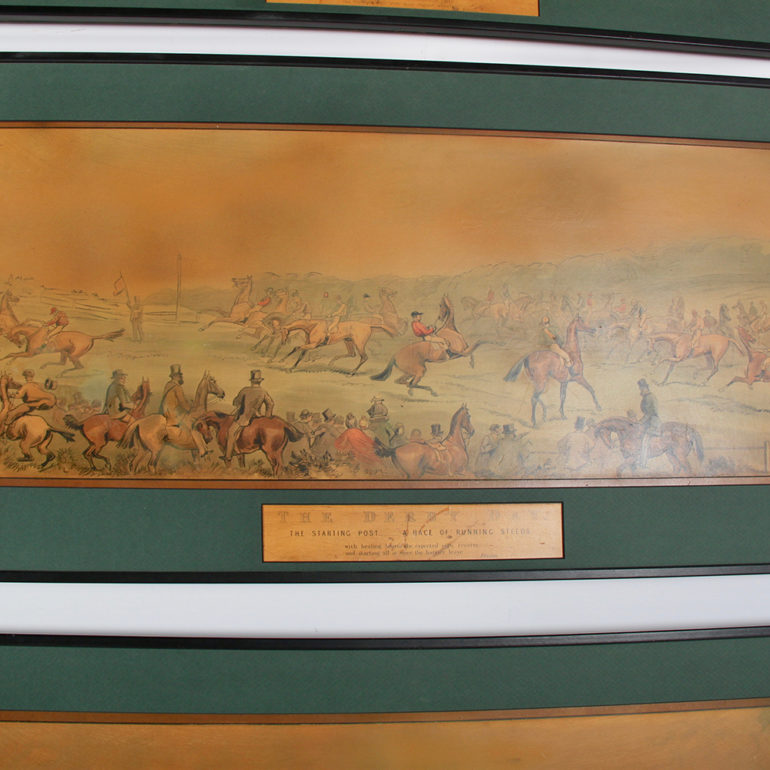 A magnificent complete set of eight hand-tinted mid-1850’s set of ‘The Darby” by Hablot Knight Browne. Browne, also known as Phiz, collaborated with Charles Dickens in the early 1800’s in illustrating many of his books. Of the ten books by Dickens which Phiz illustrated, he is most known for David Copperfield, Pickwick, Dombey and son, Martin Chuzzlewick and Bleak House. Browne made several drawings for Punch in his early days and also towards the end of his life. He designed the wrapper which was used for eighteen months from January 1842. He also contributed to Punch’s Pocket Books.