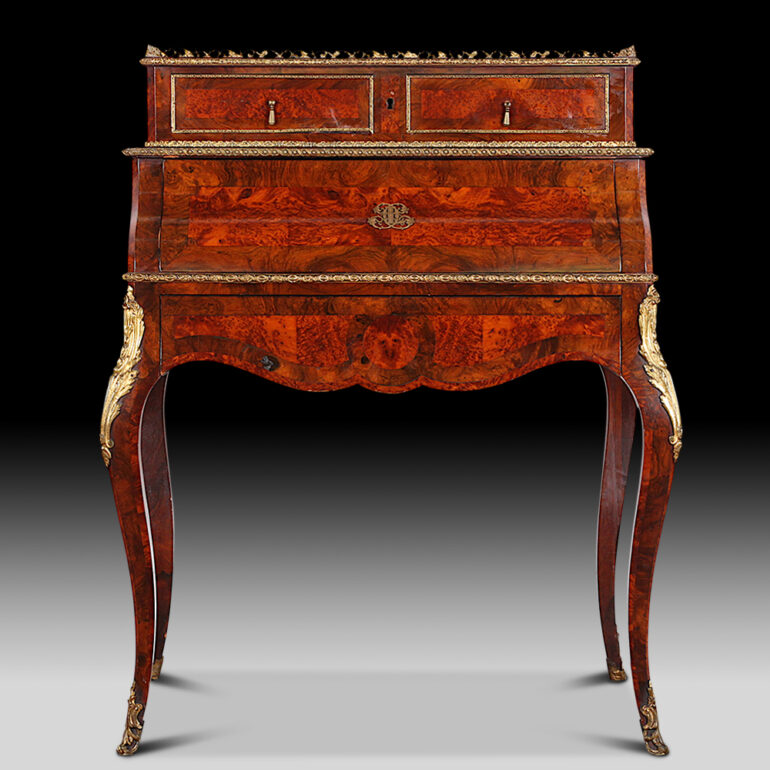 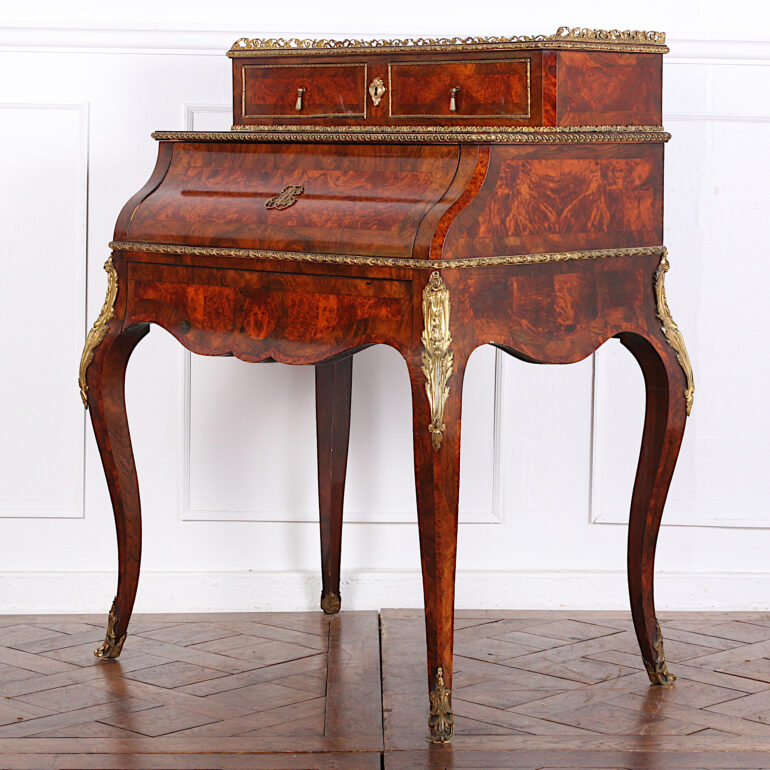 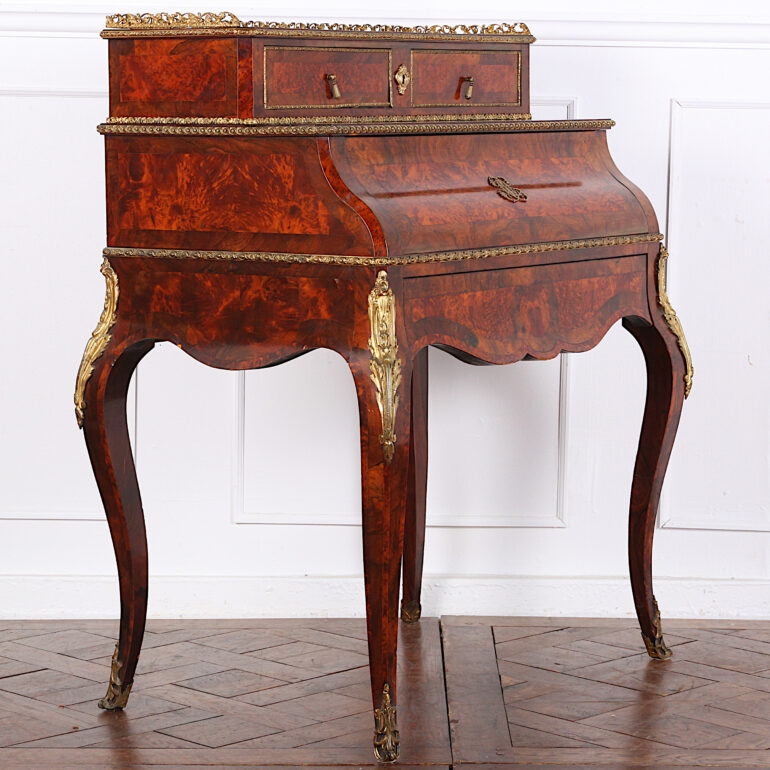 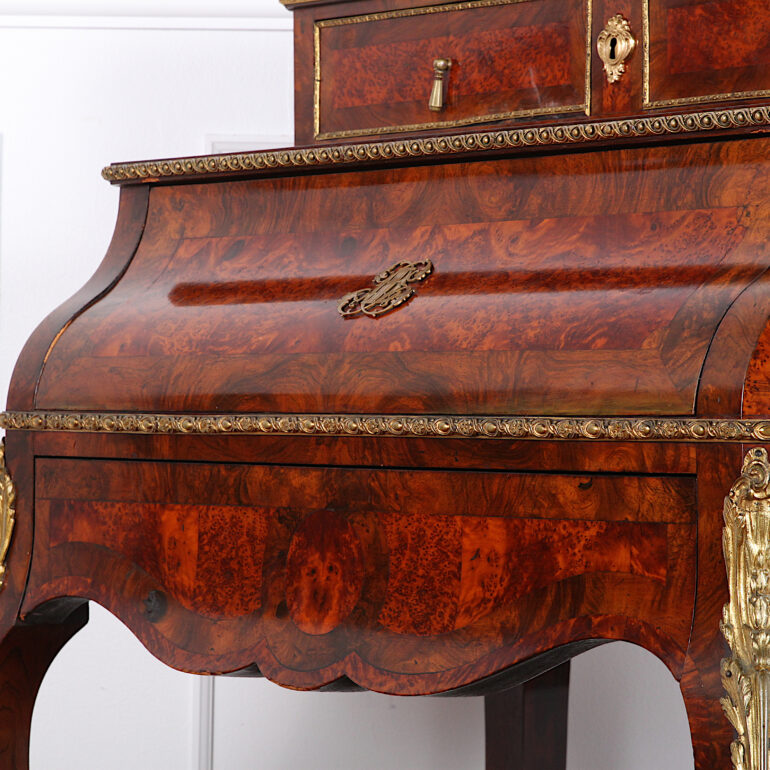 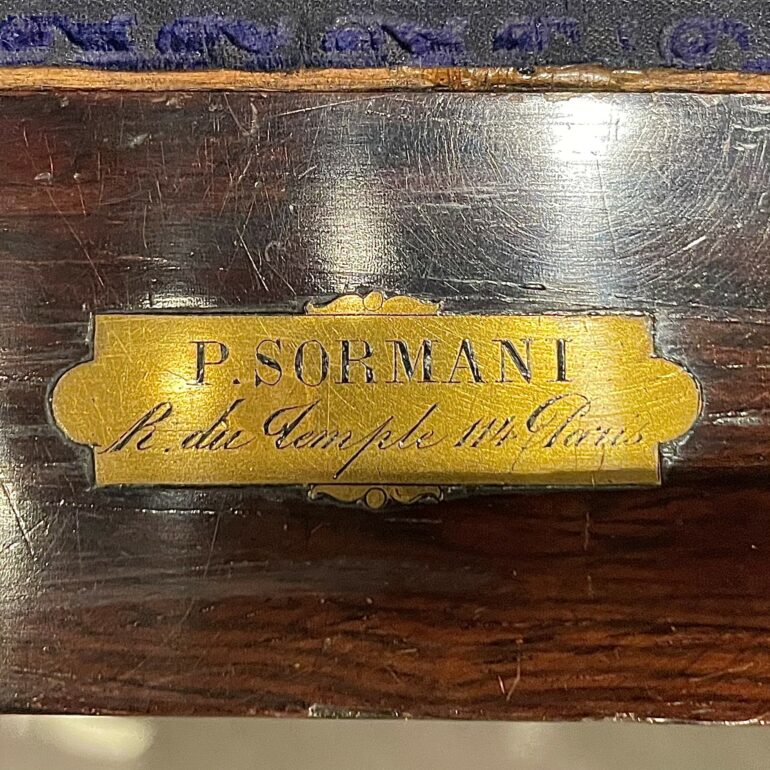 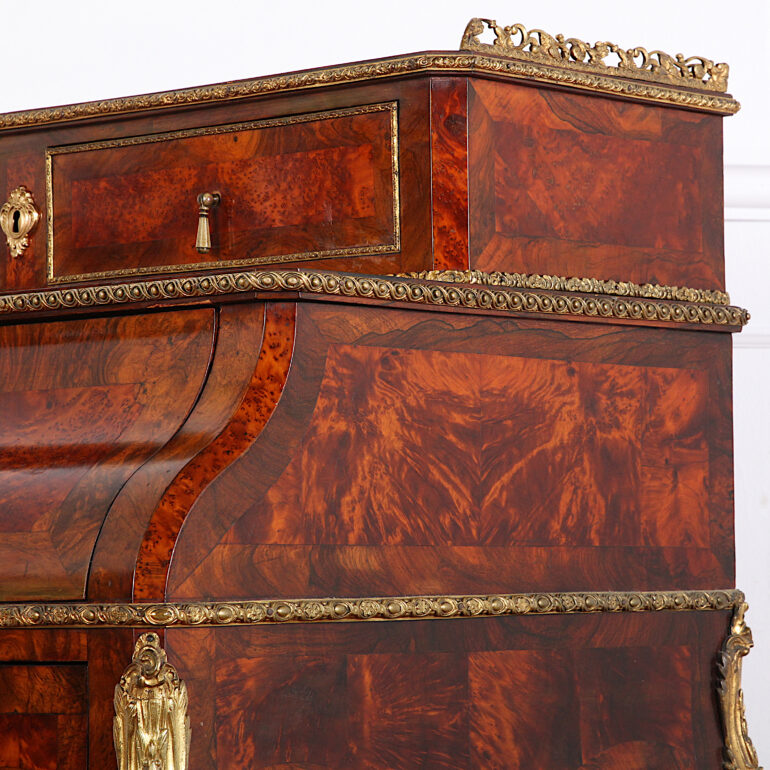 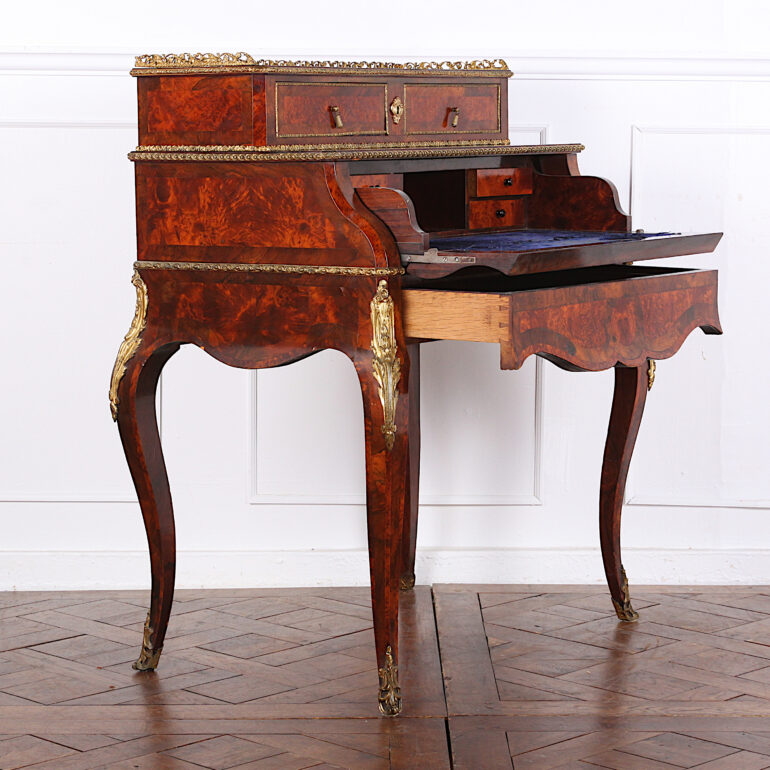 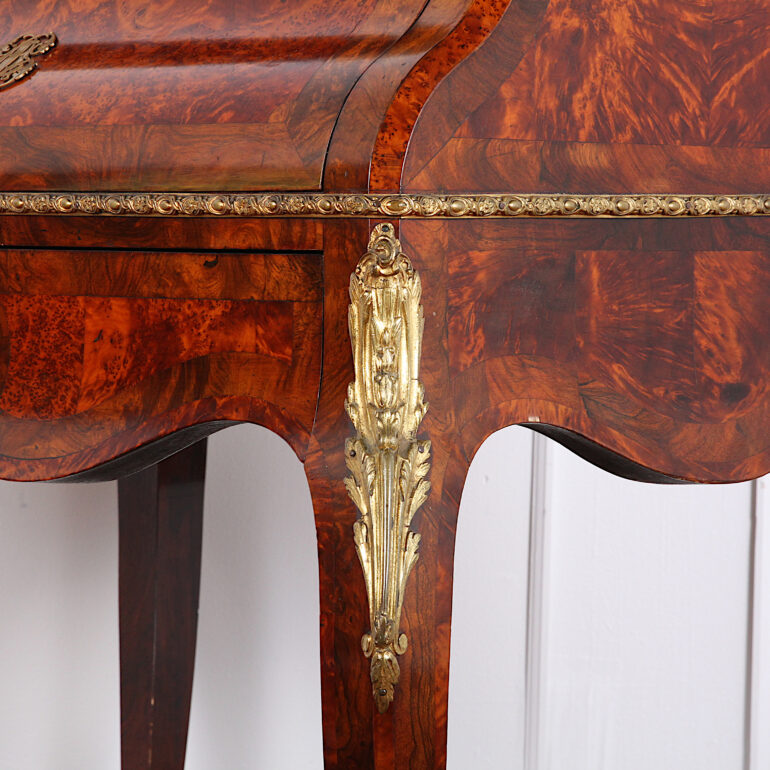 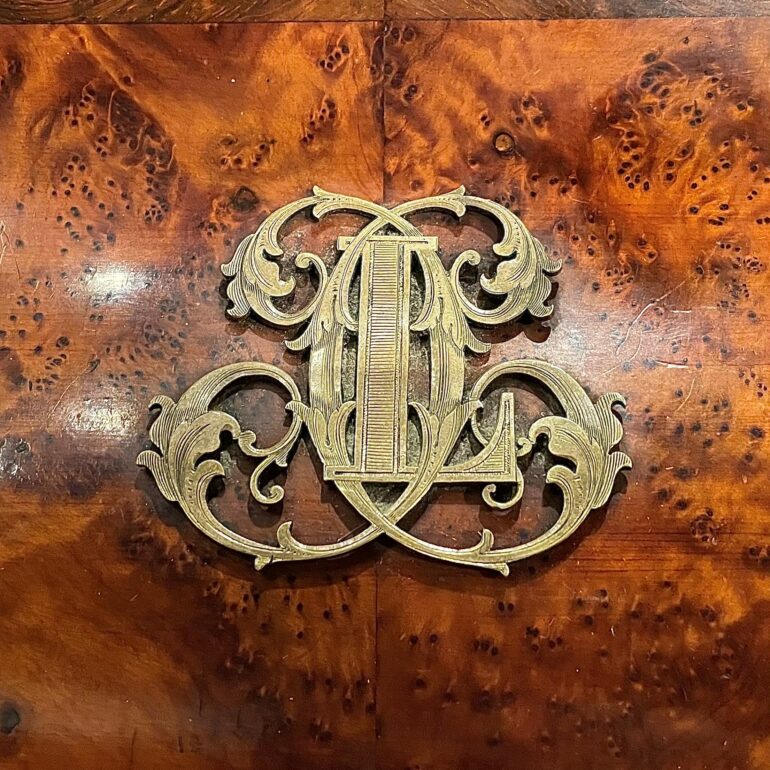 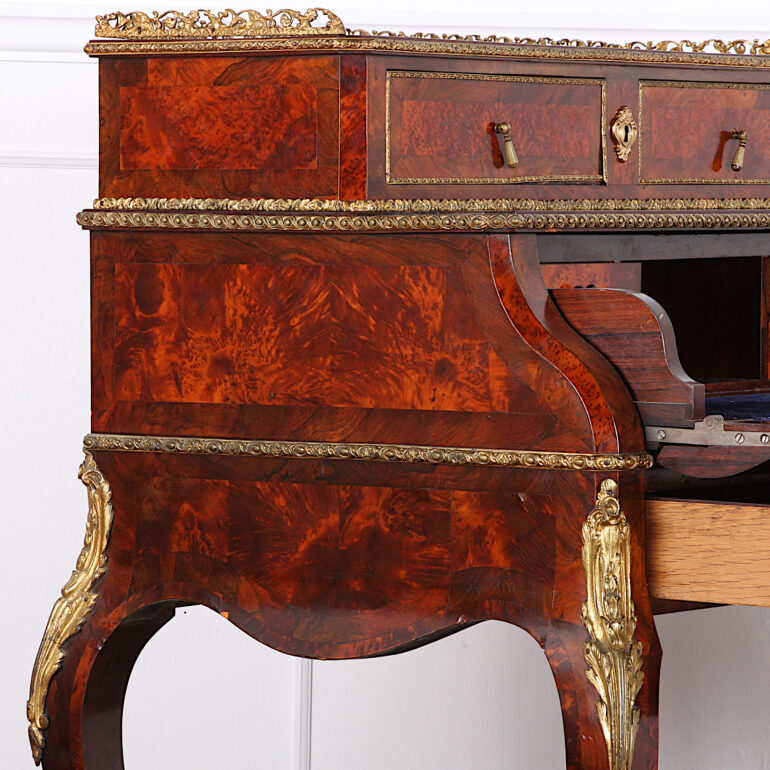 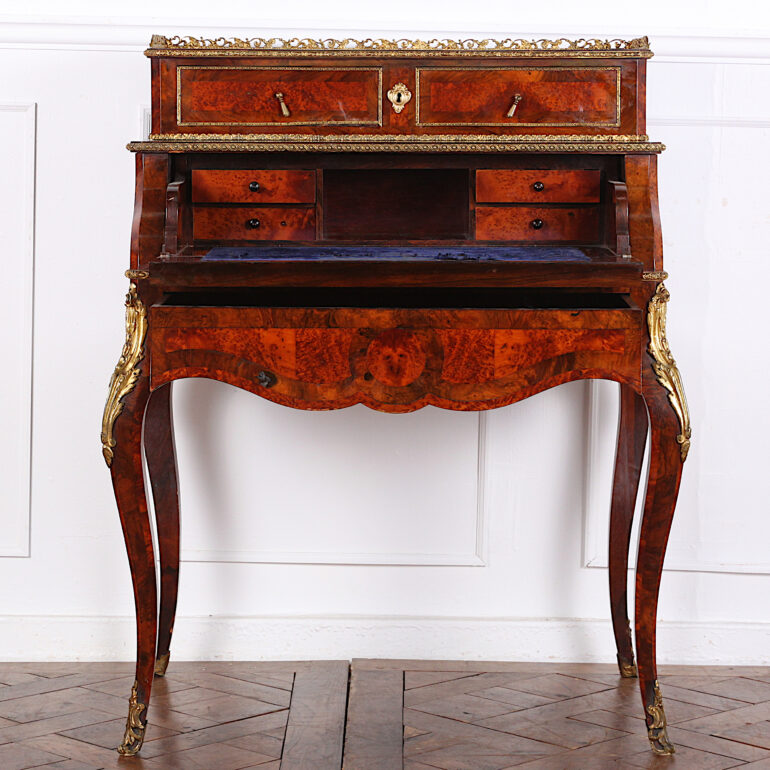 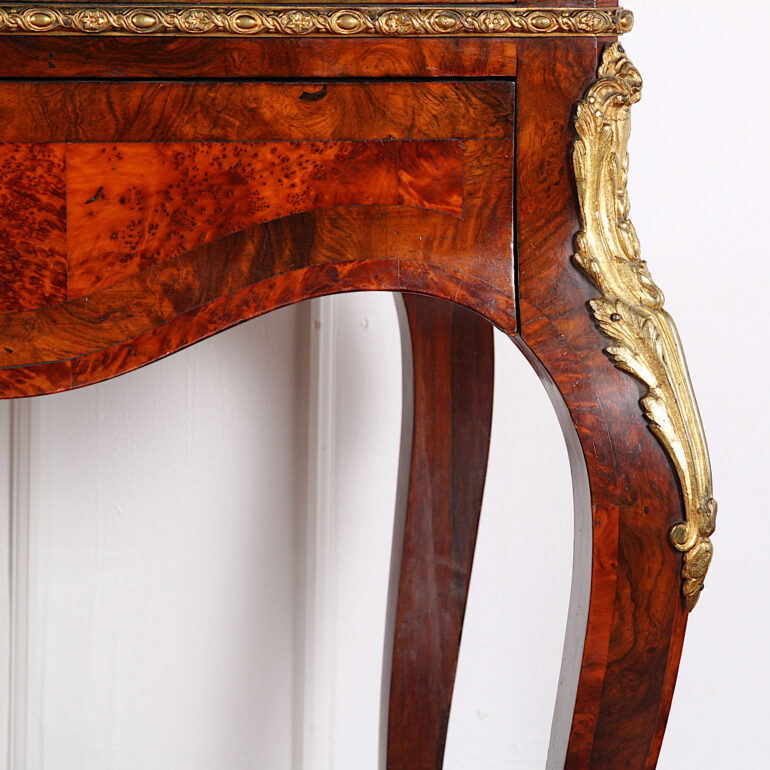 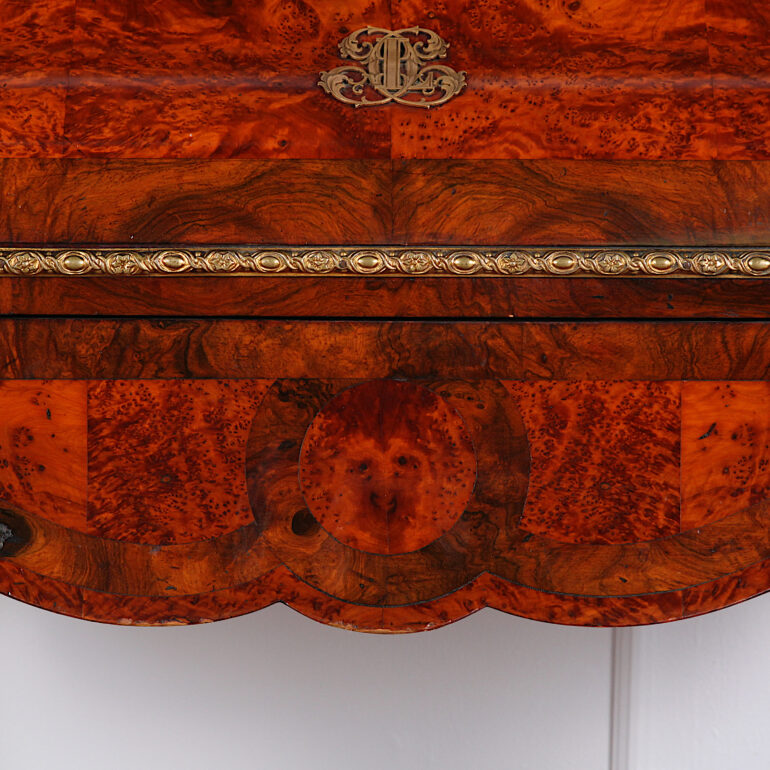 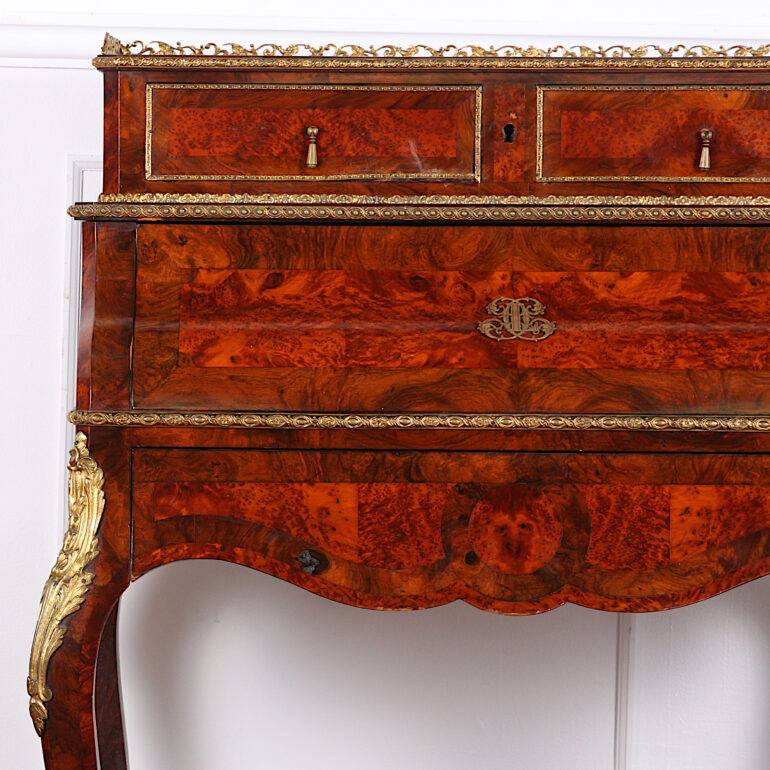 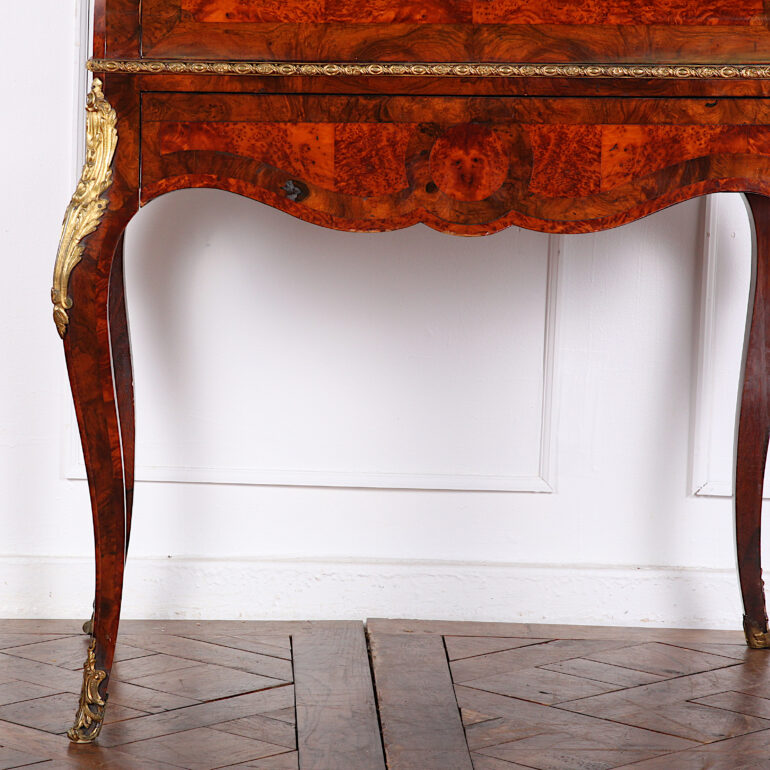 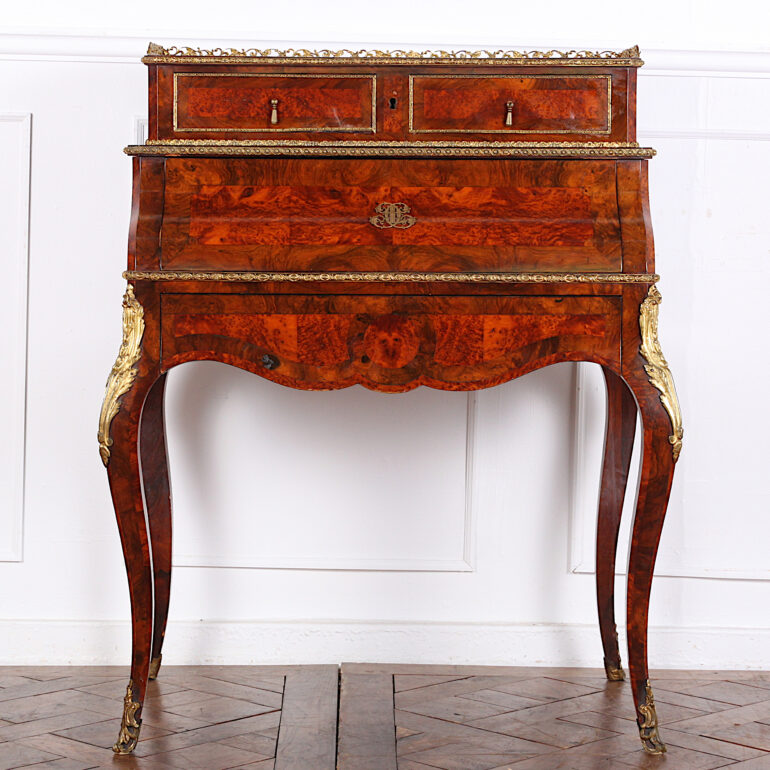 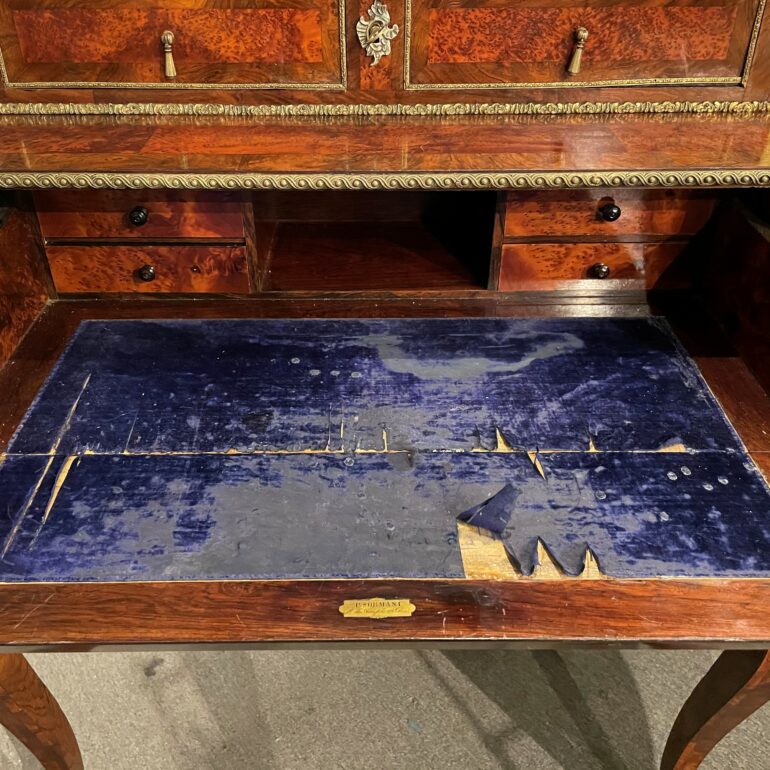 An excellent quality 19th century Louis XV style bonheur du jour or writing desk by top Paris maker Paul Sormani.  The case is veneered in exotic thulya wood with contrasting banding in mahogany and rosewood, and accented with ormolu mounts and a pierced gallery to the top. The spring-loaded fold-open writing surface and upper drawers are locked until the key is turned which releases a catch and they ‘pop’ open. Nicely-fitted interior with four smaller drawers; single drawer beneath the writing surface.