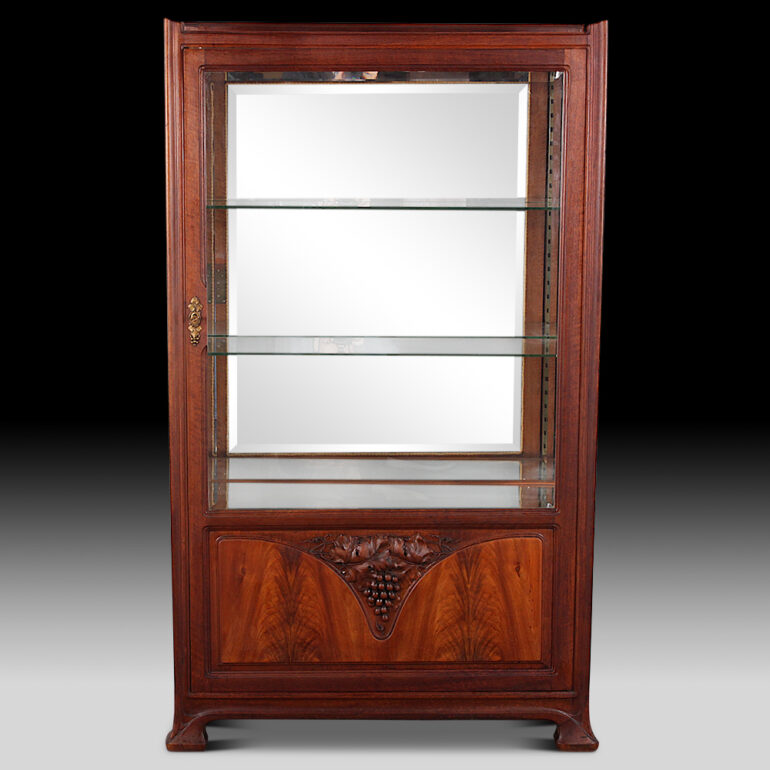 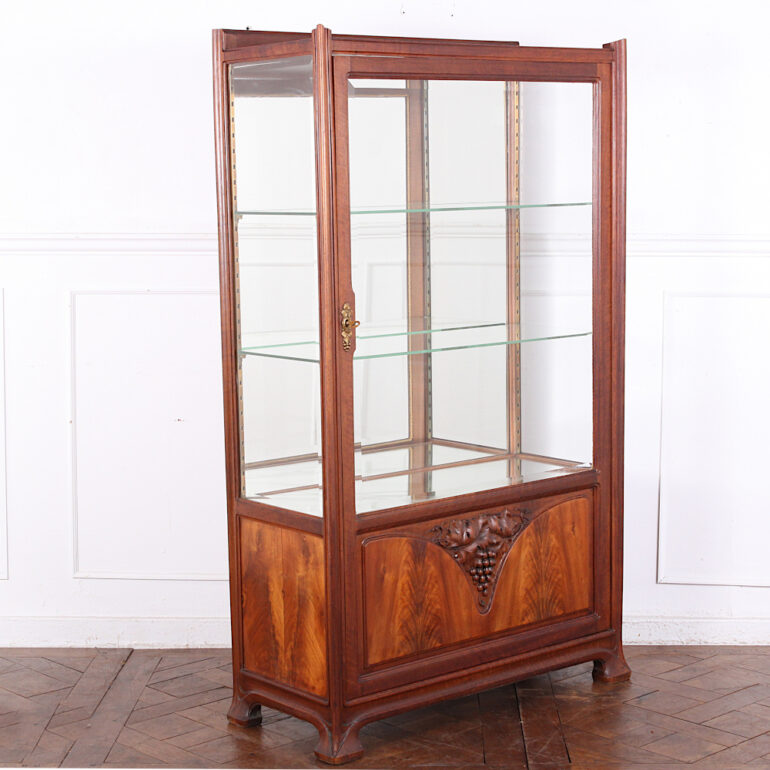 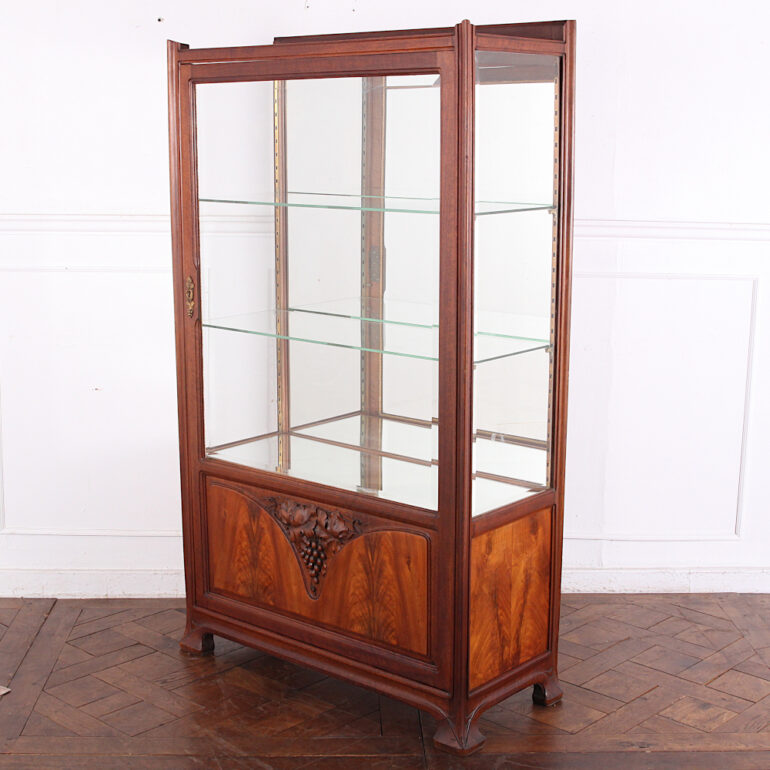 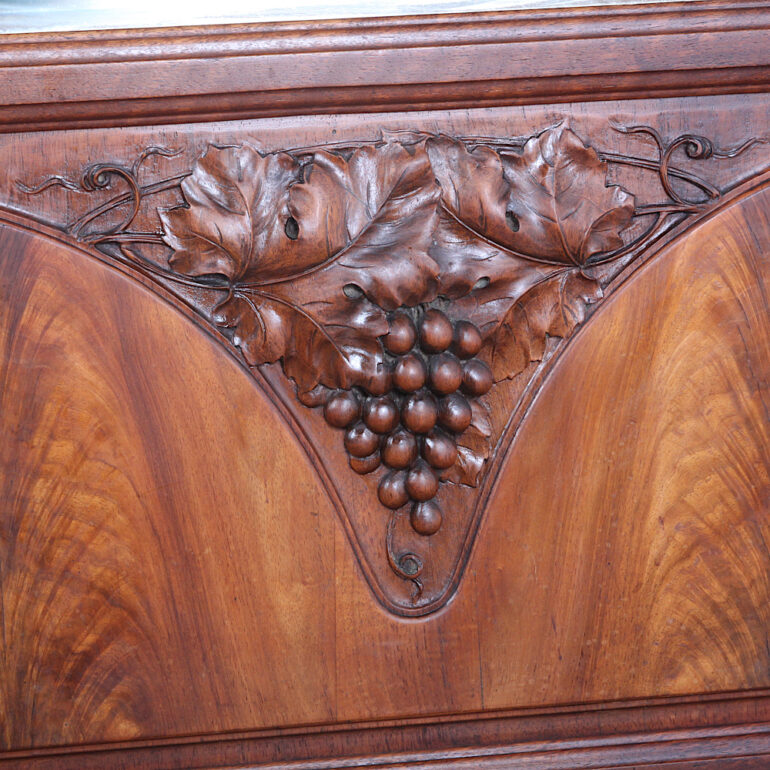 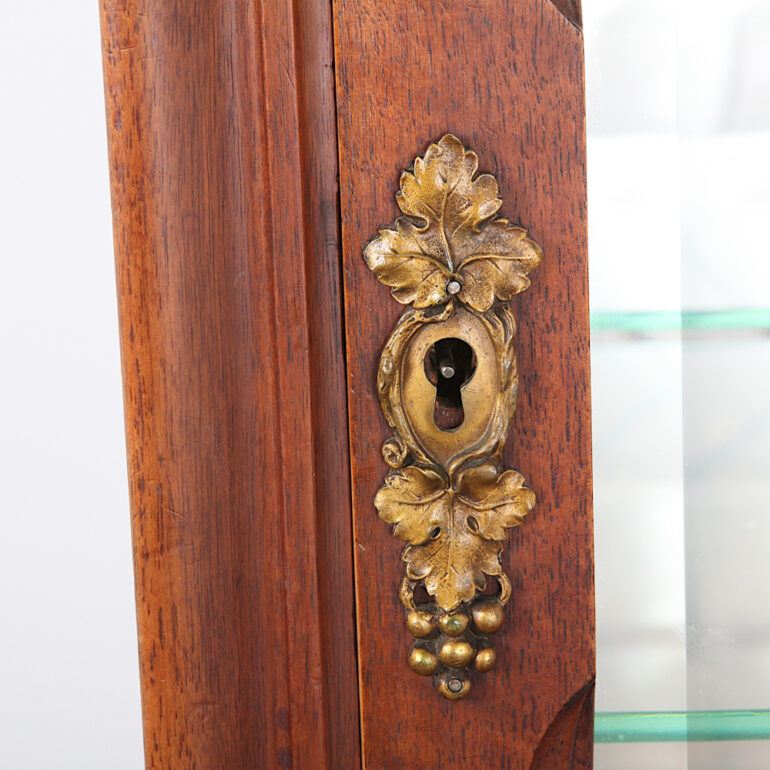 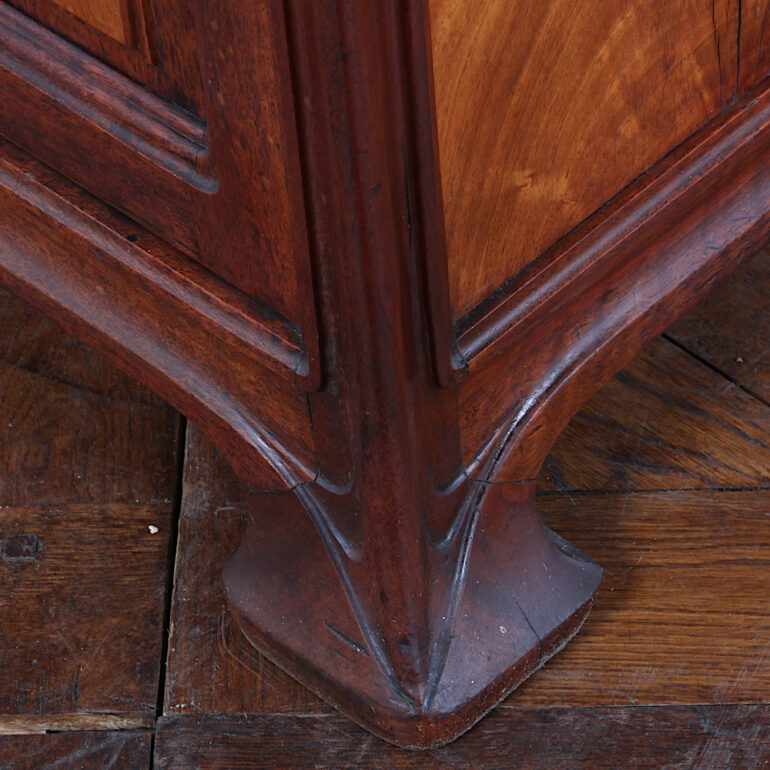 Art Nouveau French:is an international of art, architecture, and applied especially the decorative known in different languages by different names: Jugenstil in German, Style Libertyi n Italian, Modernism Catal in Catalan, etc. In English it is also known as the Modern Style.  The style was most popular between 1890 and 1910 during the Belle Epoque period that ended with the start of World War 1 in 1914. It was a reaction against the academic art,  of 19th century architecture and decoration. It was often inspired by natural forms such as the sinuous curves of plants and flowers. Other characteristics of Art Nouveau were a sense of dynamism and movement, often given by asymmetry or art nouveau, and the use of modern materials, particularly iron, glass, ceramics and later concrete, to create unusual forms and larger open spaces.

One major objective of Art Nouveau was to break down the traditional distinction between fine arts (especially painting and sculpture) and applied arts. It was most widely used in interior design, graphic arts, furniture, glass art, textiles, ceramics, jewellery and metal work. The style responded to leading 19-century theoreticians, such as French architect Eugène-Emmanuel Viollet-le-Duc (1814–1879) and British art critic John Ruskin (1819–1900). In Britain, it was influenced by William Morris and the Arts and Crafts movement. German architects and designers sought a spiritually uplifting Gesamtkunstwerk (“total work of art”) that would unify the architecture, furnishings, and art in the interior in a common style, to uplift and inspire the residents.

The first Art Nouveau houses and interior decoration appeared inBrussells in the 1890s, in the architecture and interior design of houses designed by Paul Hankar, Henry van de Velde, and especially Victor Horta, whose Hôtel Tassel was completed in 1893.It moved quickly to Paris, where it was adapted by Hector Guimard, who saw Horta’s work in Brussels and applied the style for the entrances of the new Paris Métro. It reached its peak at the 1900 Paris International Exposition, which introduced the Art Nouveau work of artists such as Louis Tiffany. It appeared in graphic arts in the posters of Alphonse Mucha, and the glassware of René Lalique and Émile Gallé. Some of the most famous creators such as Louis Majorelle produced some of the rarest work in the world. His collection of work is found at the Louvre museum in Paris.

From Belgium and France, it spread to the rest of Europe, taking on different names and characteristics in each country.  It often appeared not only in capitals, but also in rapidly growing cities that wanted to establish artistic identities Turin and Palermo in Italy; Glasgow in Scotland; Munish and Darmstead  in Germany), as well as in centres of independence movements Helsinki in Finland, then part of the Russian Empire.  Also Art Nouveau had some of the finest work showing in Barcelona in Catalonia, Spain.

By 1914, and with the beginning of the WWI, Art Nouveau was largely exhausted. In the 1920s, it was replaced as the dominant architectural and decorative art style by Art Deco and then Modernism. The Art Nouveau style began to receive more positive attention from critics in the late 1960s, with a major exhibition of the work of  Hector Guimard at the MOMA in New York in 1970.