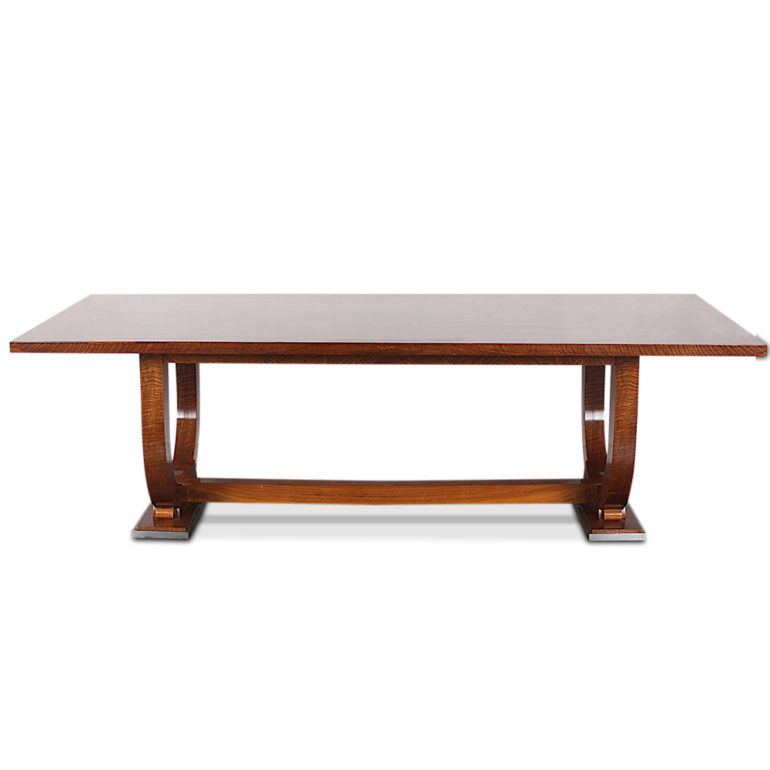 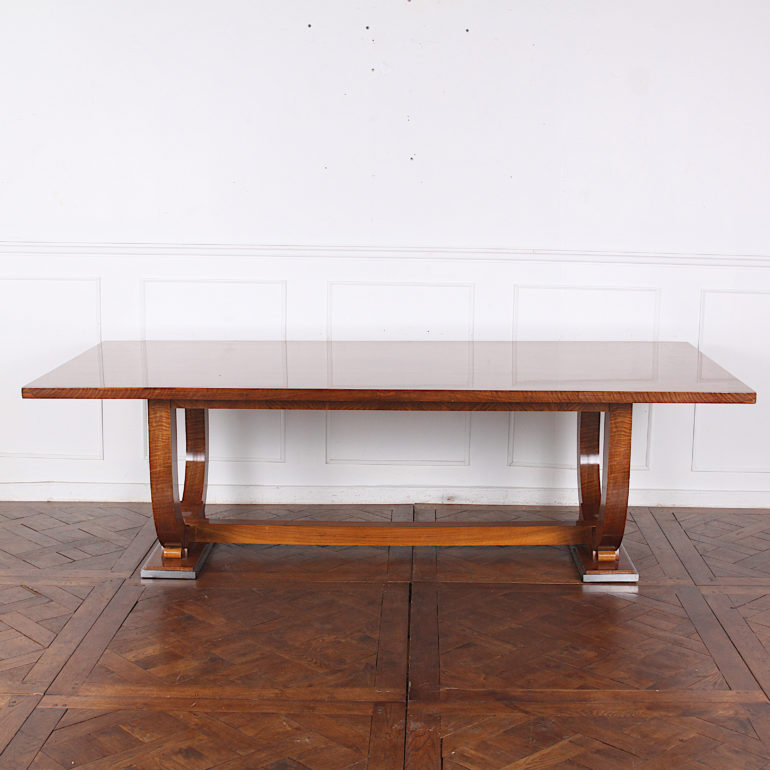 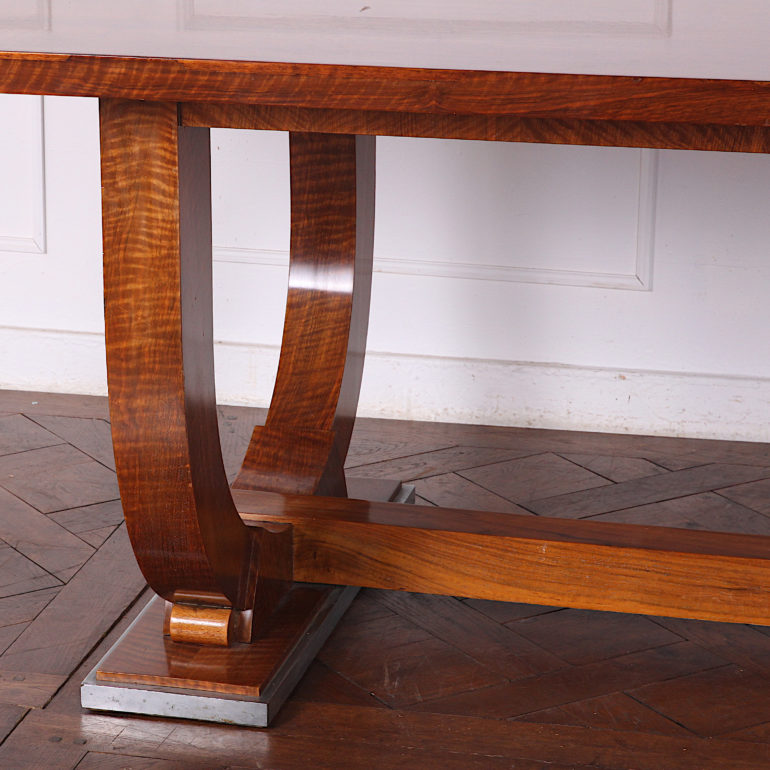 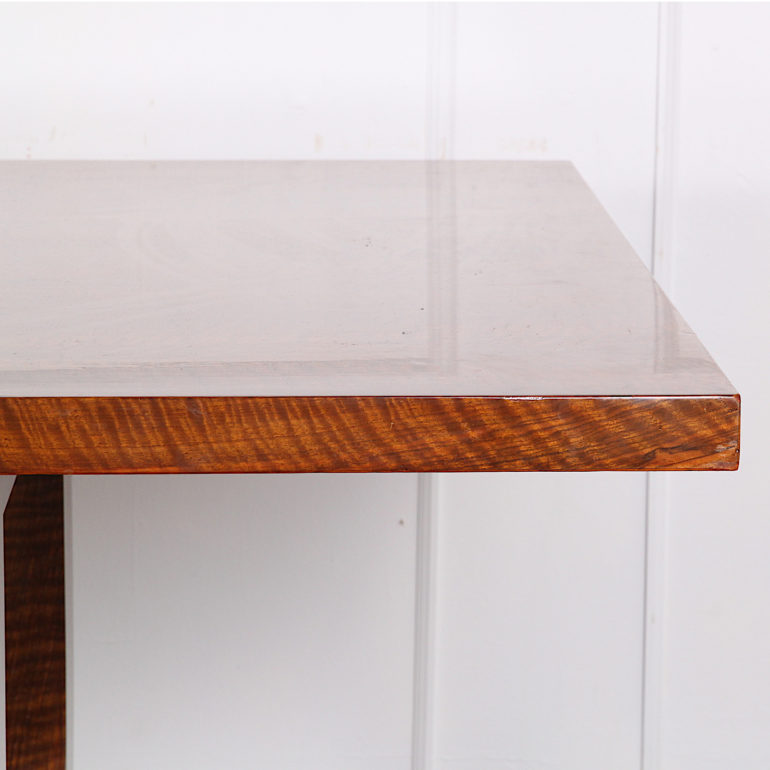 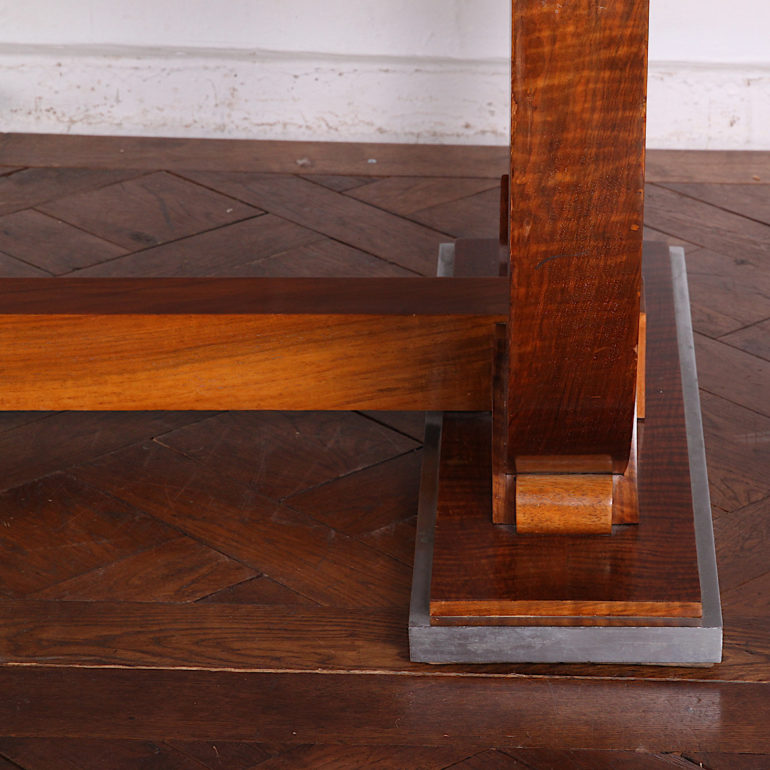 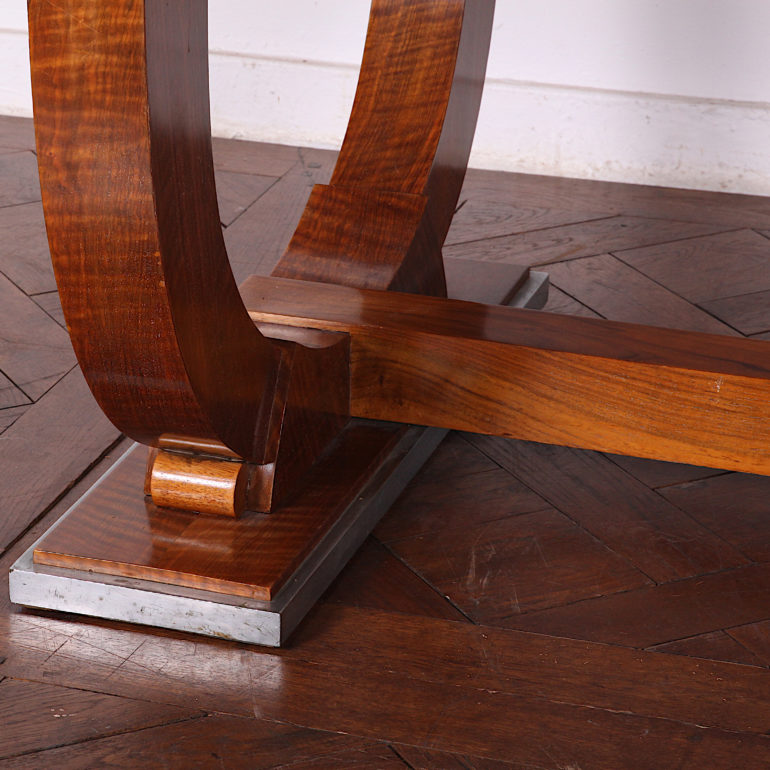 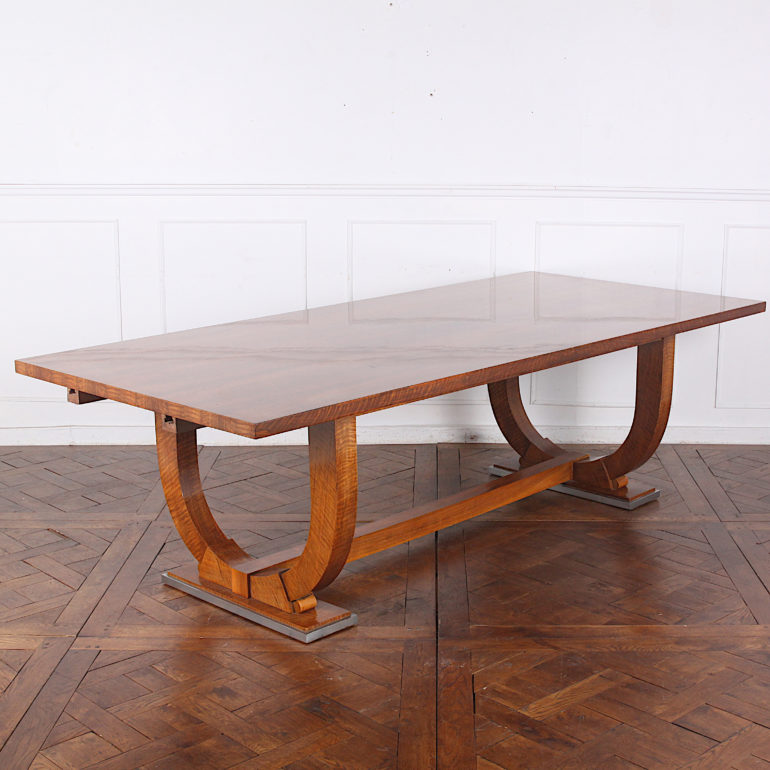 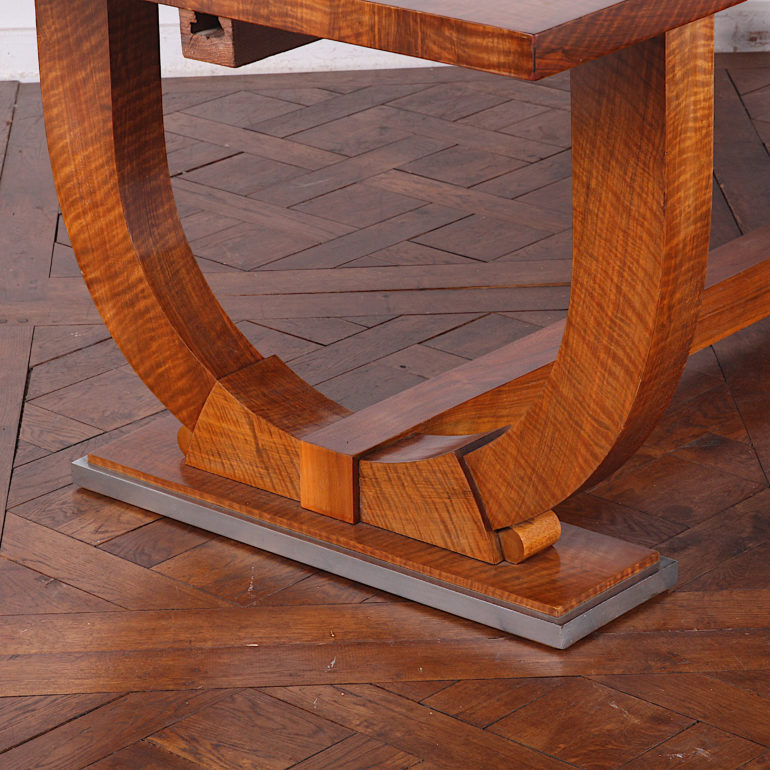 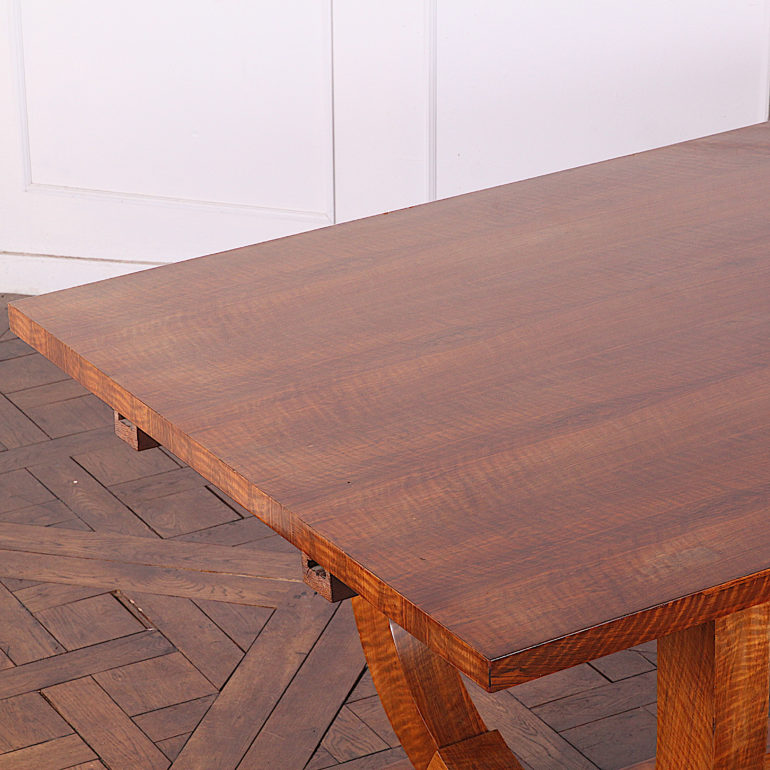 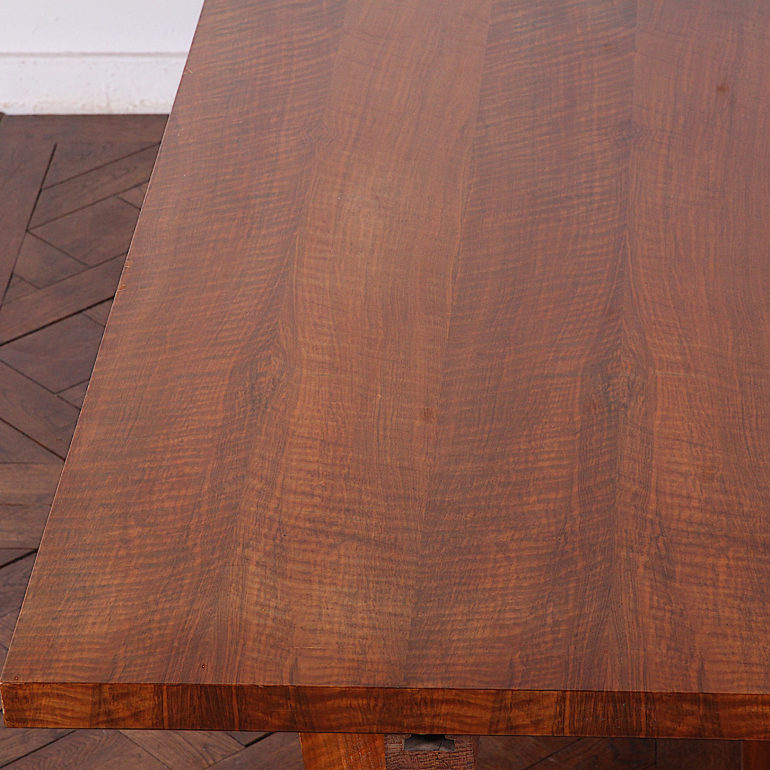 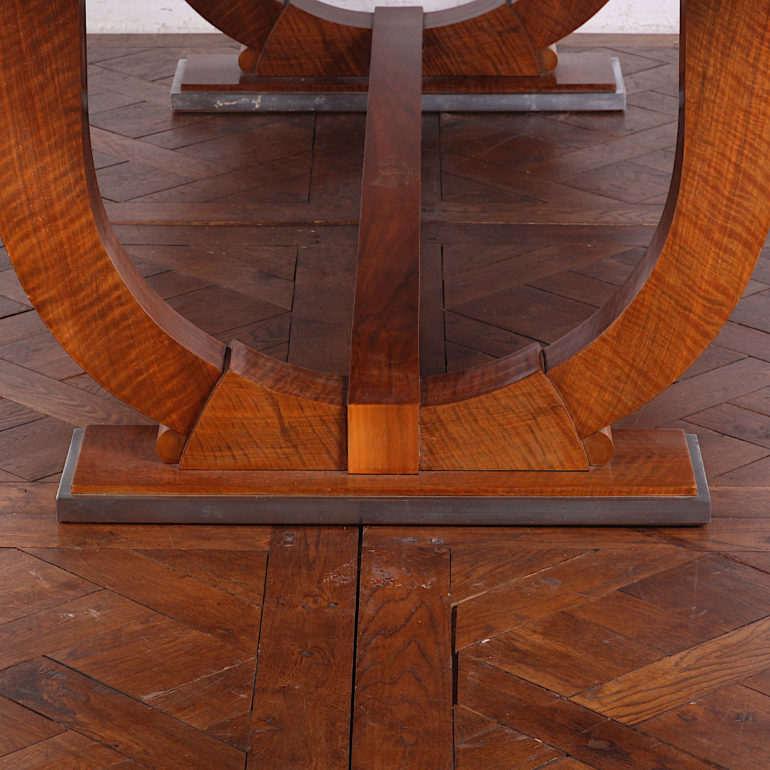 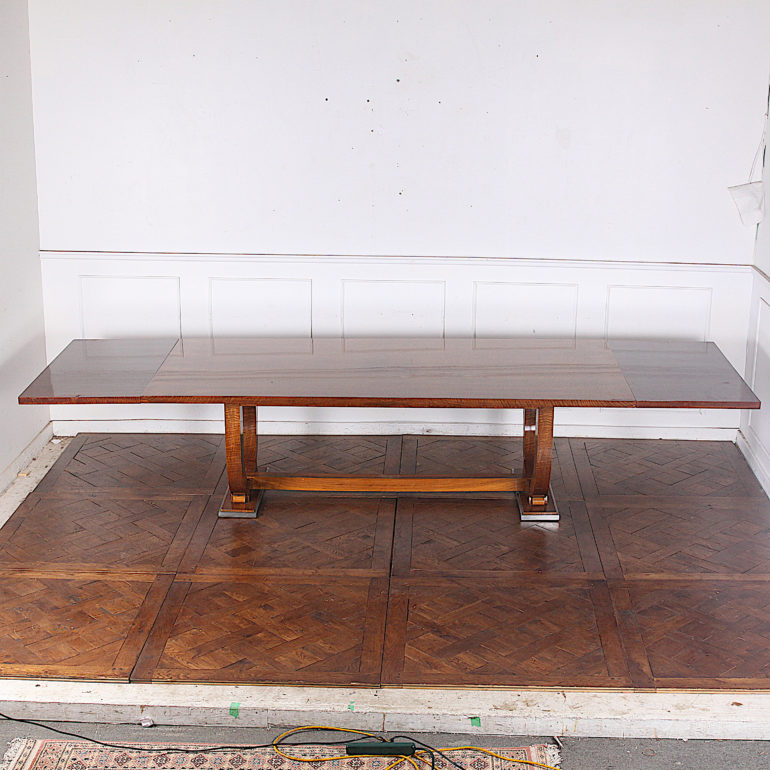 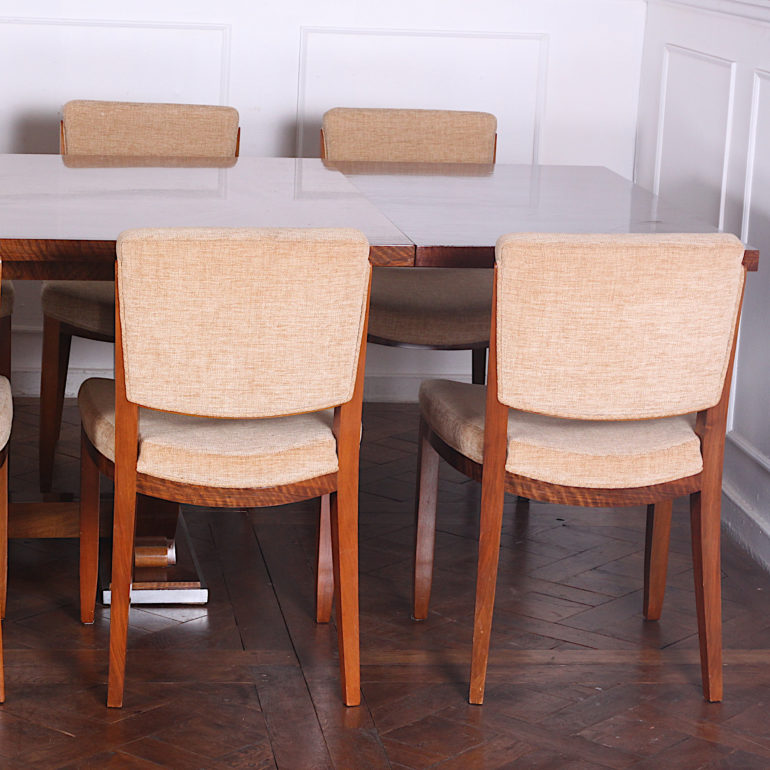 An important French Art Deco period walnut dining table by Parisian designer ‘Jules Leleu’.  The simple rectangular plane of the top slab is veneered in figured book-matched walnut and is supported on two bold U-shaped ends, each resting on a rectangular foot with brushed metal trim and united by a stout walnut stretcher. The table comes with two custom-made matching leaves which are stored in a custom-built cabinet when not in use.   The table is an impressive twelve feet long fully extended. C. 1930

This table is part of a very rare original matched Art Deco dining suite we are fortunate to have taken in on consignment. All pieces signed, ‘Jules Leleu’.