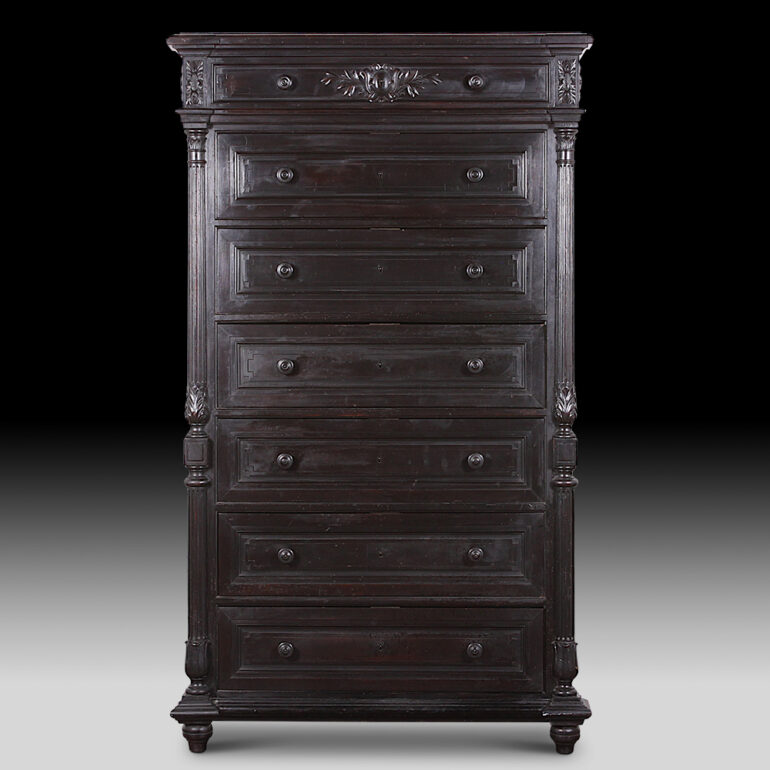 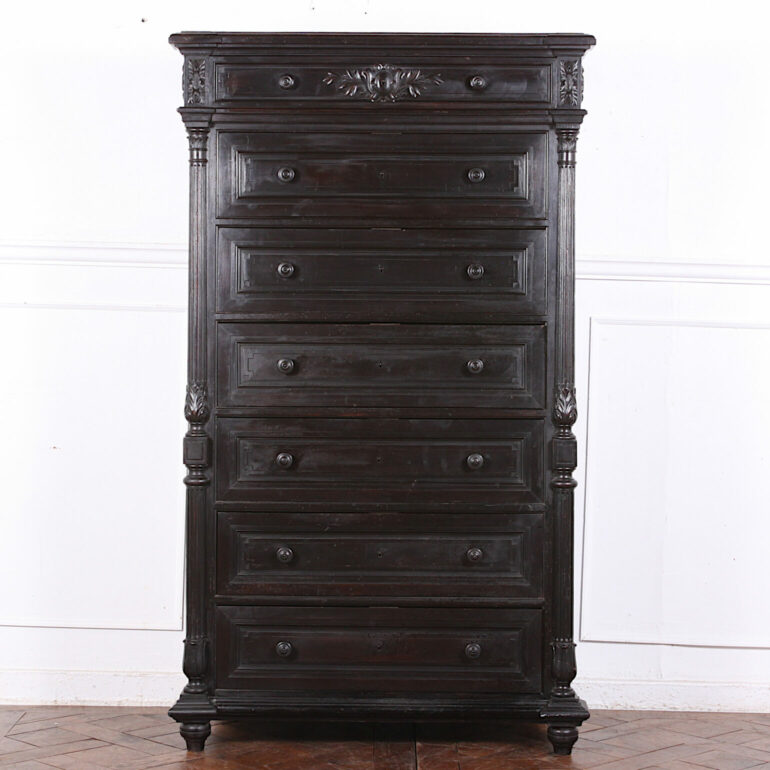 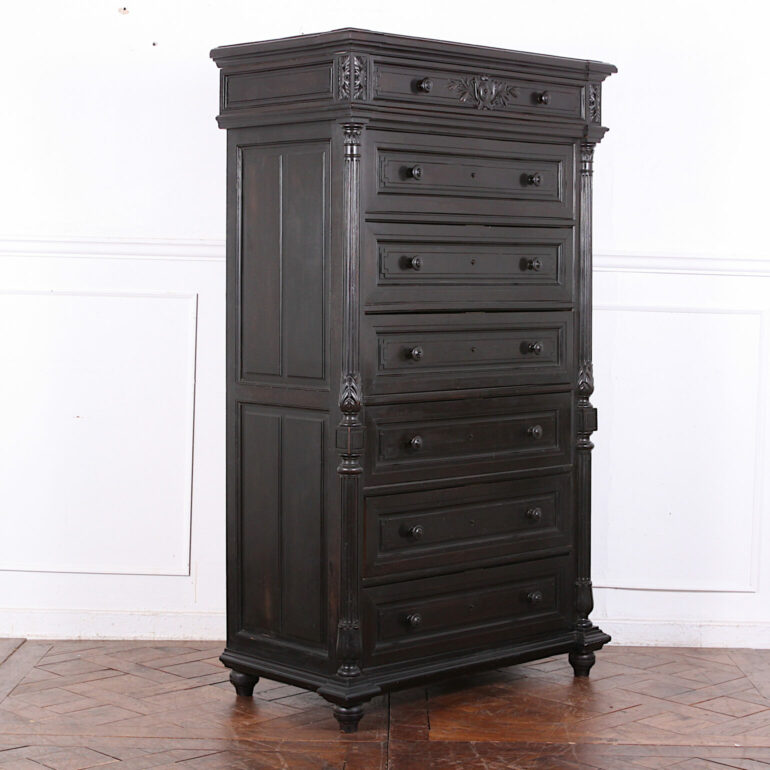 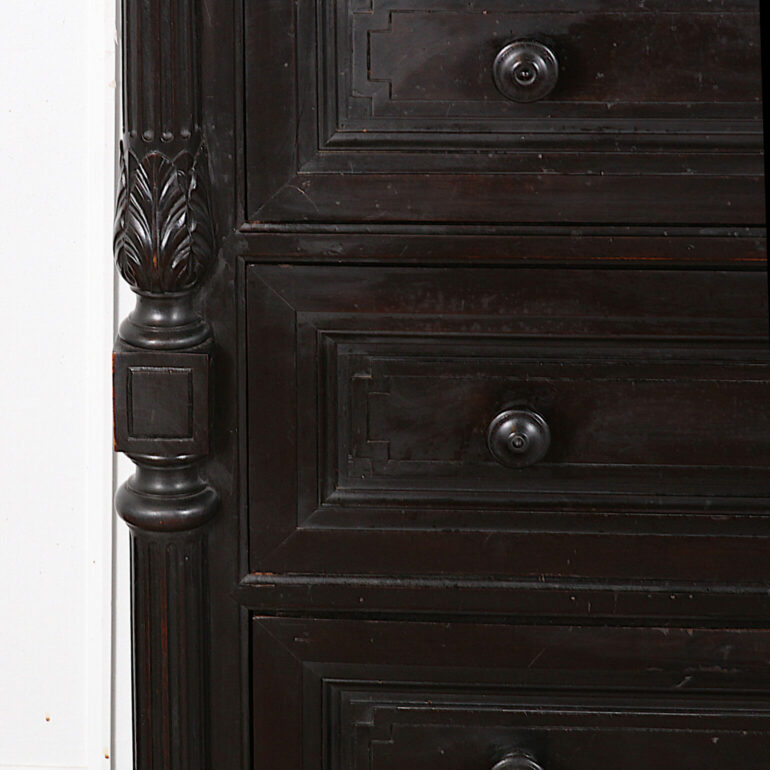 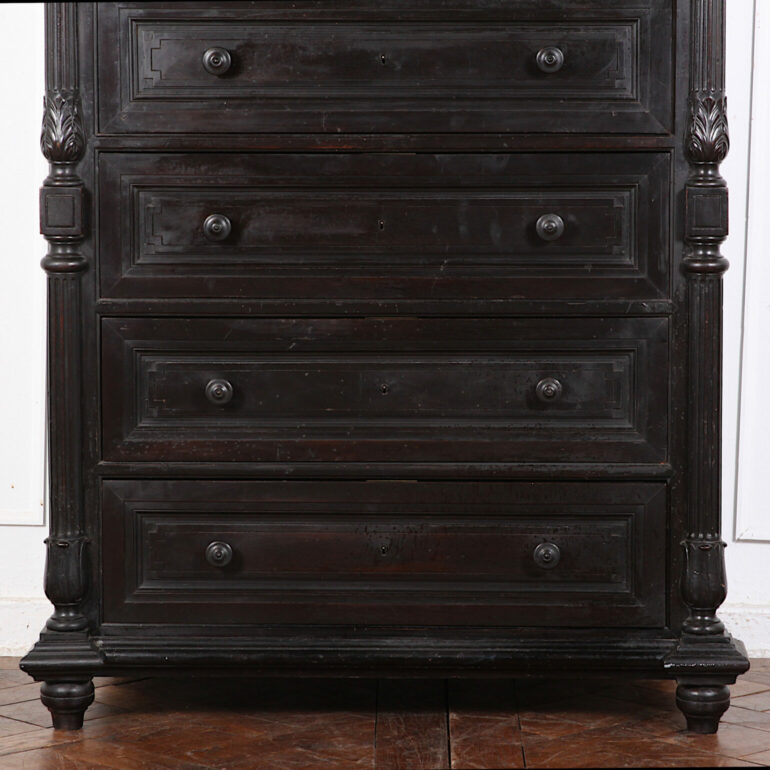 The provenance of this piece is incomparable. This fabulous semainier was once owned by the Marquis and Marquesa Beauchamps who resided in a Hotel Particulier about 2 hours North of Paris.  They resided in the Royal village of Compiegne. Compiègne is a village in the Oise department in northern France. It is located on the river Oise. Its inhabitants are called Compiégnois. The forests of Compiegne were the favourite hunting grounds of all the Kings of France. Larry and Mark got wind of the contents of a house going up for auction by the estate of the Royal pair. Why was such a notable pair of Royal decendants losing their house to the Bailiffs?  Because after the Royal pair died,  the descendants of the Marquis and Marquesa (their children) fought over the estate for 60 years until all of them passed away. The House remained locked until the bailiff stepped in years later. A true time capsule of the late 18th Century. Even the medicine chests were full of 19th Century Medicine bottles for the couple. In fact clothing (all moth eaten) was still hanging in the armoires. Larry and Mark bought most of the contents but this piece was never sold.