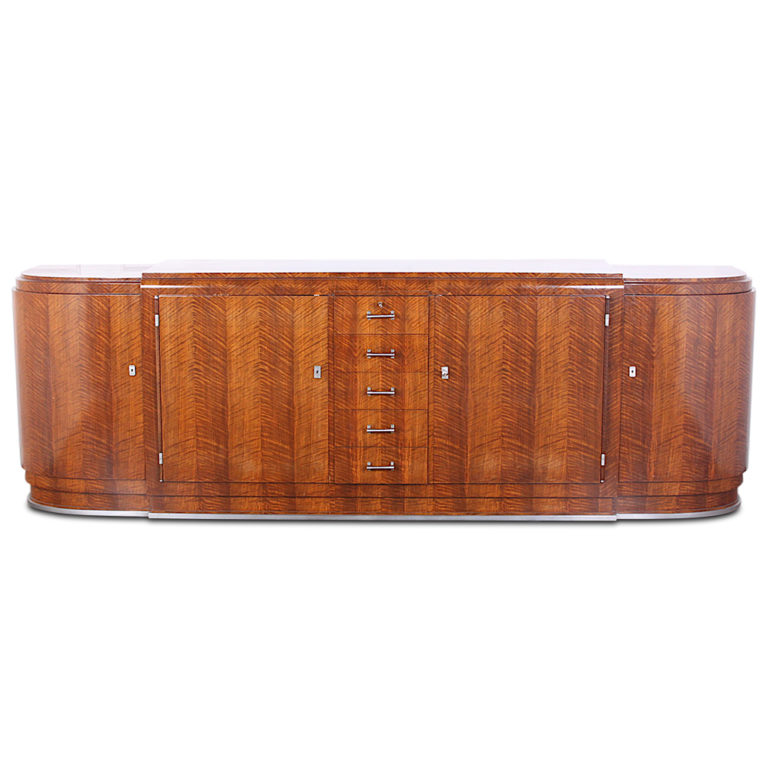 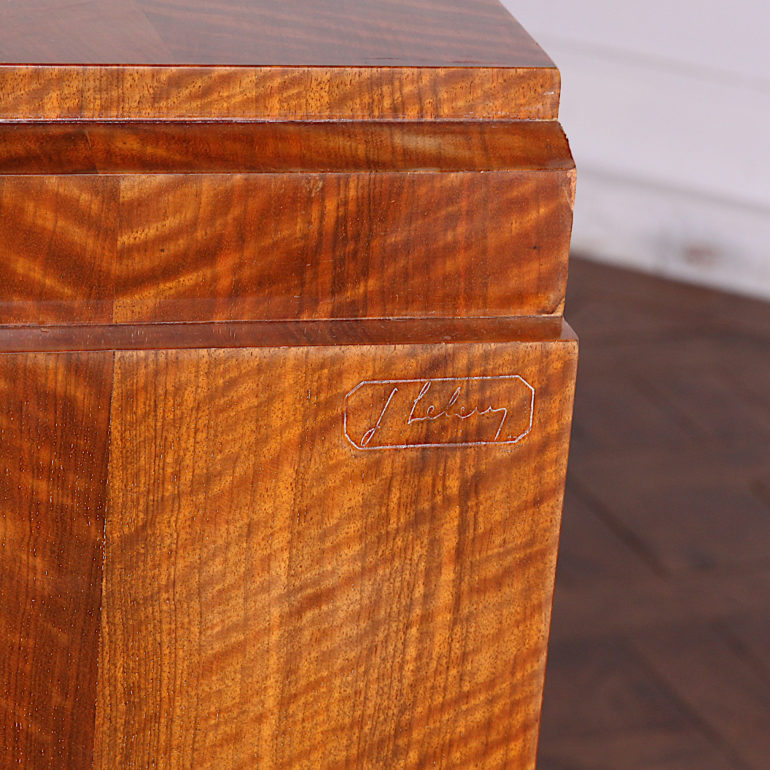 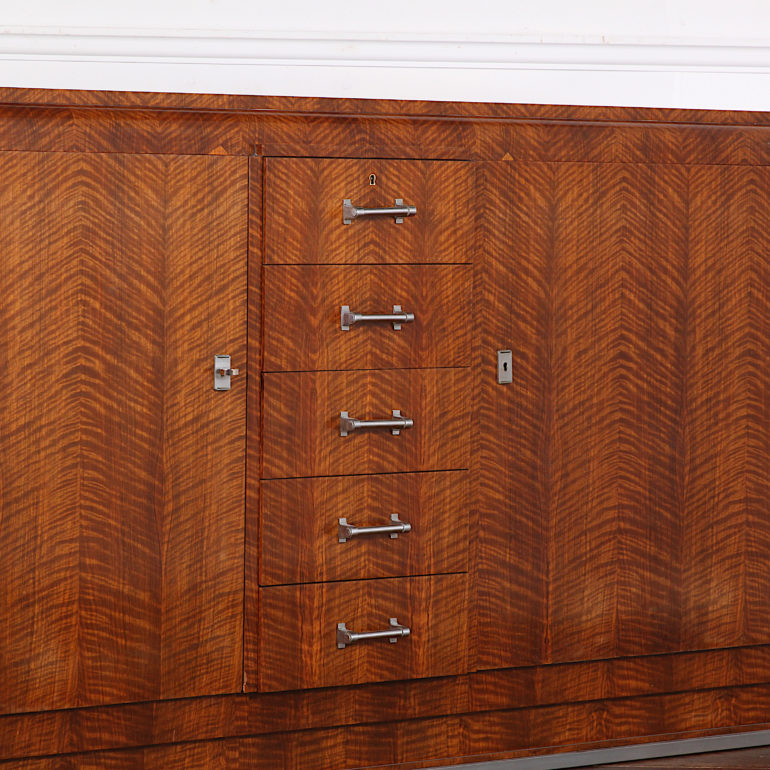 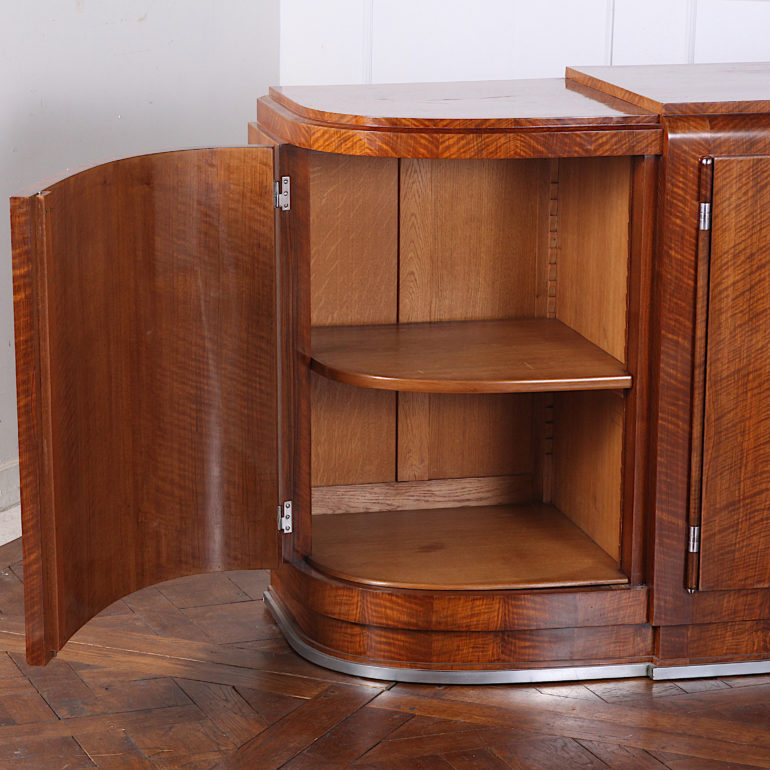 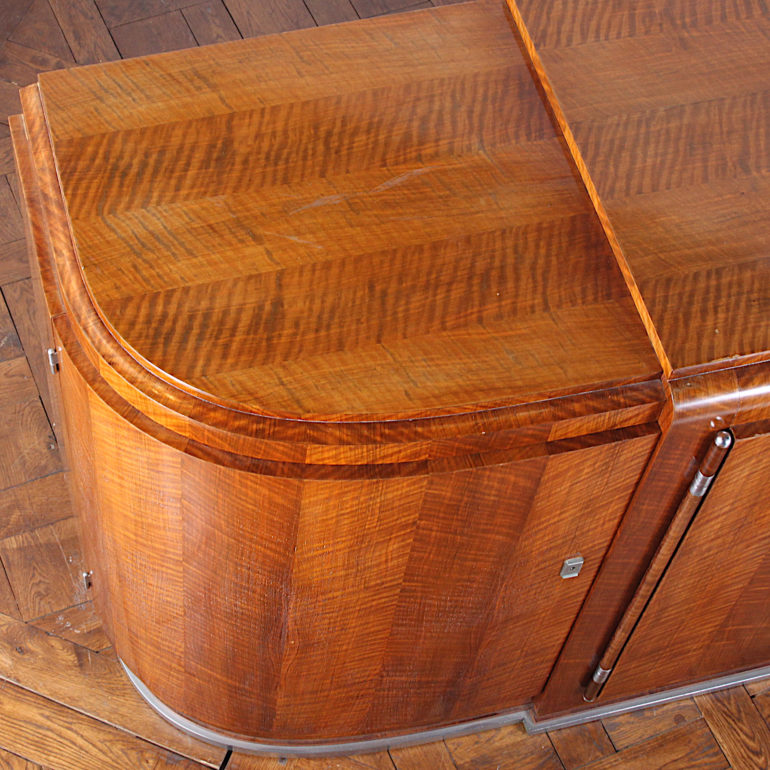 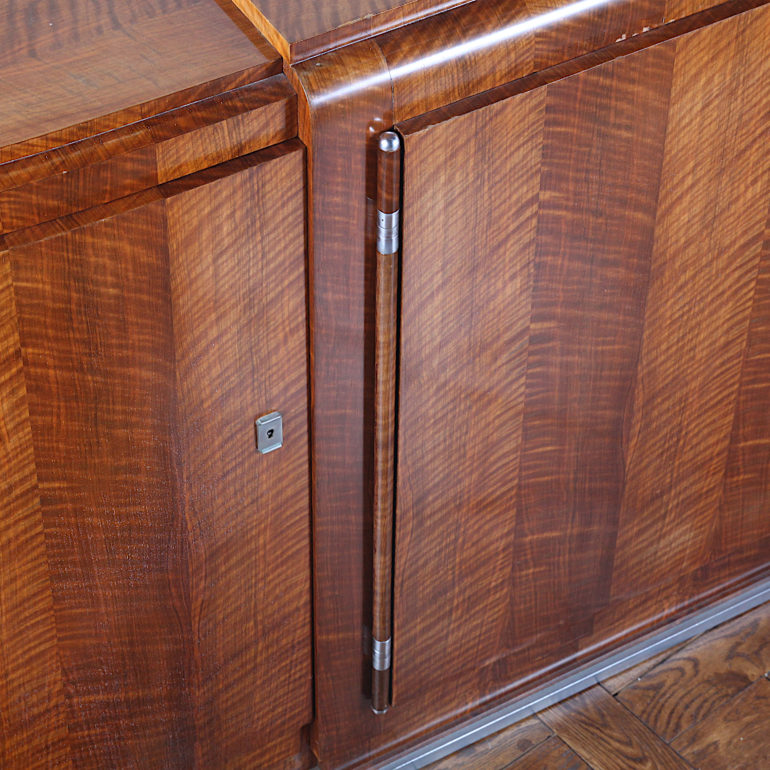 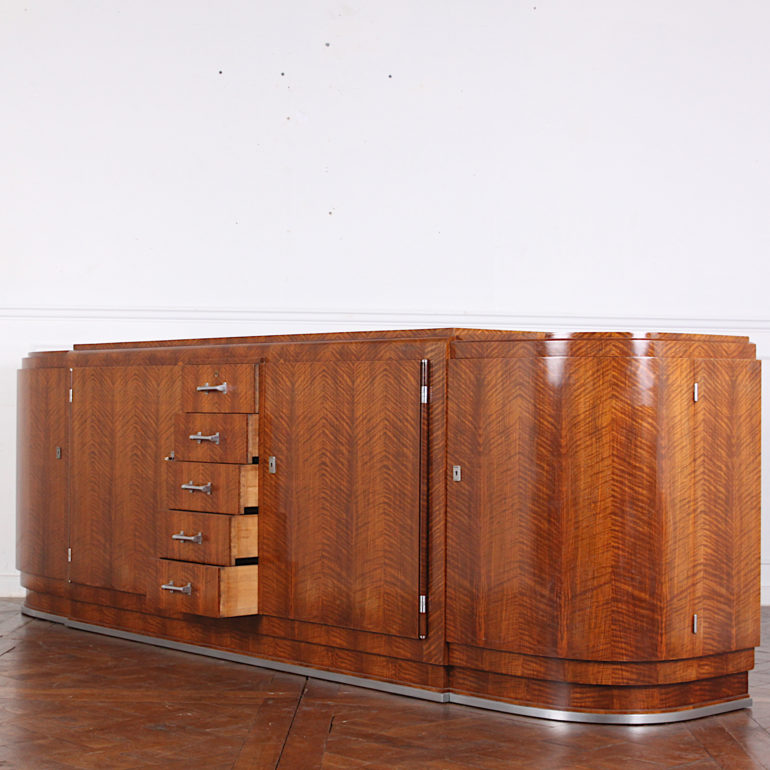 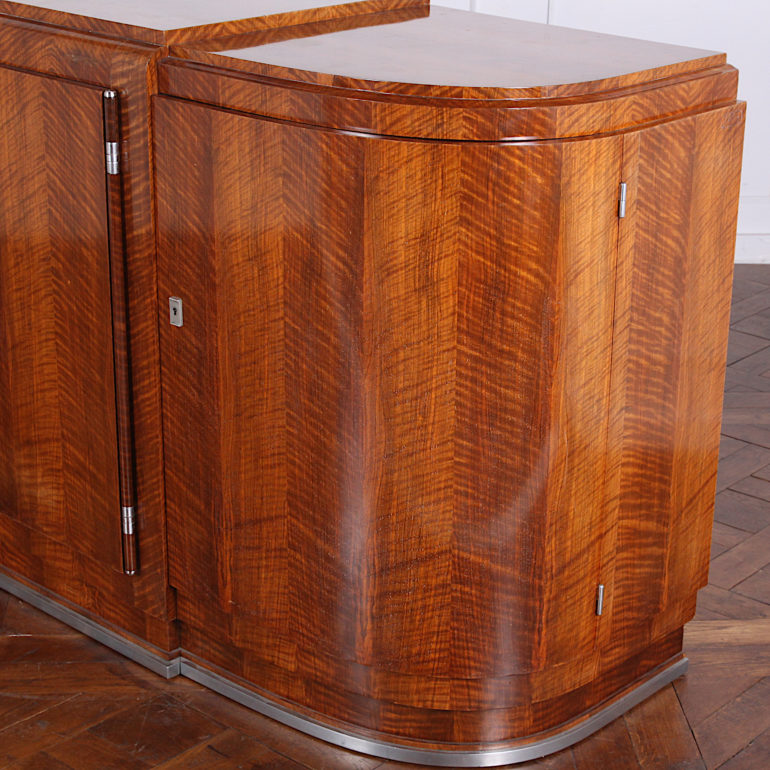 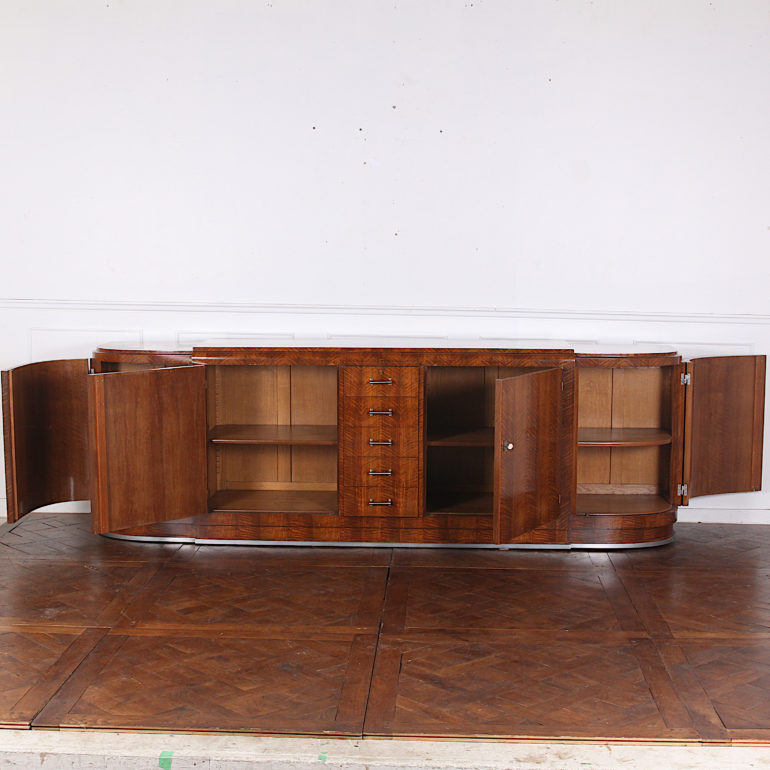 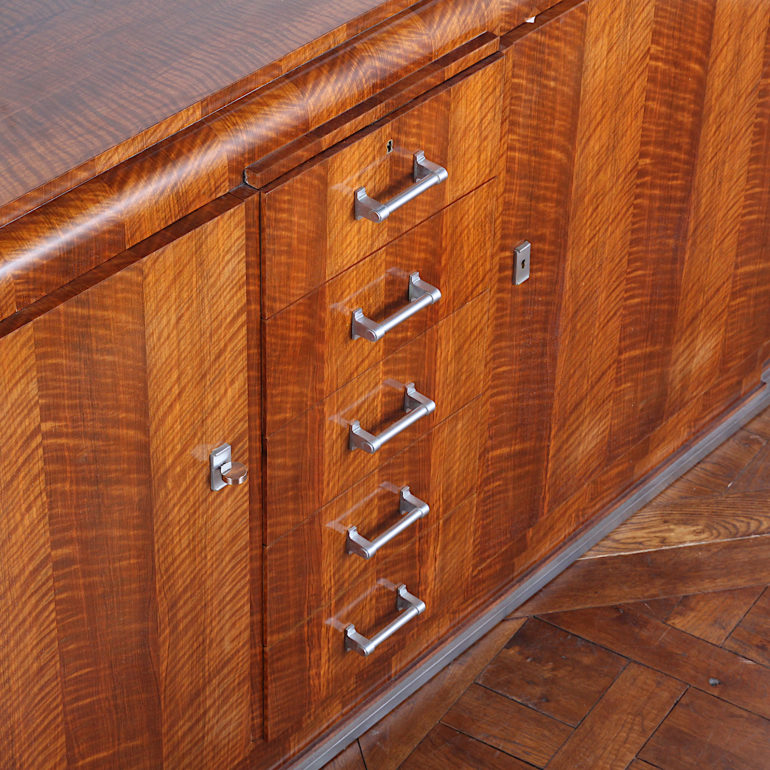 The buffet is part of an original matched dining suite consisting of the buffet, large dining table and twelve chairs. Every piece is signed / stamped ‘J.Leleu, including every chair.